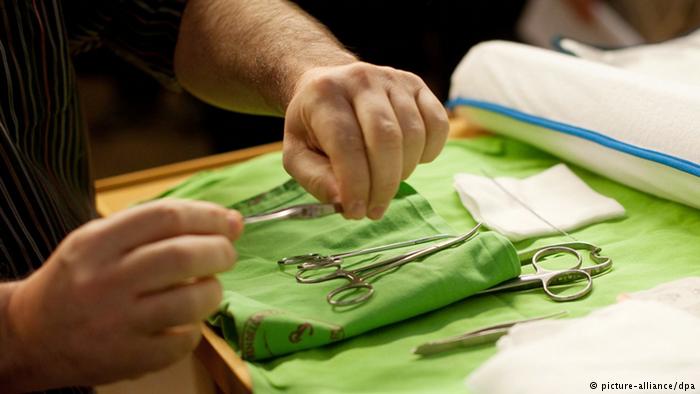 After months of controversy, German lawmakers have passed a new legislation to guarantee the religious circumcision of infants remain legal in the European country, The New York Times reported Thursday, Decem (more)

After months of controversy, German lawmakers have passed a new legislation to guarantee the religious circumcision of infants remain legal in the European country, The New York Times reported Thursday, December 13.

There is no country in the world where the circumcision of boys for religious reasons is considered a criminal act,” Justice Minister Sabine Leutheusser-Schnarrenberger said.

With this legislation, the German government makes clear that Jewish and Muslim life is clearly welcome in Germany.”

Passed by 434-100 votes in the lower house of parliament on Wednesday, the bill allows parents to circumcise their infants by a trained practitioner.

The legislation puts an end to months of controversy following a ruling by a Cologne court in June that circumcision amounted to a “bodily harm” and thus a “crime”.

The controversial verdict sparked outrage among Muslim, Jewish and Christian leaders, who denounced the ruling as a serious intrusion on religious freedom.

The ruling triggered a highly charged debate in Germany over infants’ and parents’ rights, religious freedom and the practice of circumcision itself.

It also prompted doctors across Germany to refuse to carry out circumcision operations because of what they saw as a risk of legal action.

“In our modern and secular state, it is not the job of the state to interfere in children’s’ upbringing,” Leutheusser-Schnarrenberger said.

Circumcision is a confirmed Sunnah in Islam as an act pertaining to fitrah (pure human nature).

The practice is also mandatory for Jewish males according to biblical texts.

Others use the practice for hygiene purposes, generally among infant boys.

The time for Muslim circumcision varies according to family, region and country.

Thousands of young boys are circumcised every year in Germany, especially in the country’s large Muslim and Jewish communities.

The World Health Organization has estimated that nearly one in three males under 15 is circumcised.

“The key for us is the political message of the bill, which states: Jewish and Muslim life continues to be welcome here.”

“This vote and the strong commitment shown … to protect this most integral practice of the Jewish religion is a strong message to our community for the continuation and flourishing of Jewish life in Germany,” he said.

No comment was immediately available from the country’s Central Council of Muslims.

The bill also won praise from doctors in the European country.

For us, circumcision was a matter of course, said Gerhard Nerlich, spokesman of the Berlin’s Jewish Hospital.

We have been performing circumcisions for decades. We welcome the right to continue to do so. Germany is home to nearly four million Muslims and about 120,000 Jews.