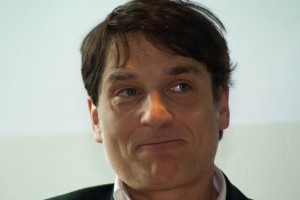 A journalist for the German news magazine Der Spiegel was accused of providing a platform for hatred against Jews and Israel by the head of the European Jewish Congress (EJC).

Dr. Moshe Kantor said journalists like Jakob Augstein “over the last few years have used their columns to promote hate and fear of the Jewish State and the Jewish People,” according to the Jerusalem Post.

Augstein was recently featured in the Simon Wiesenthal Center’s list of the top 10 anti-Semitic or anti-Israel slurs of 2012 for writing that “with backing from the U.S., where the president must secure the support of Jewish lobby groups, and in Germany, where coping with history, in the meantime, has a military component, the [Benjamin] Netanyahu government keeps the world on a leash with an ever-swelling war chant.”