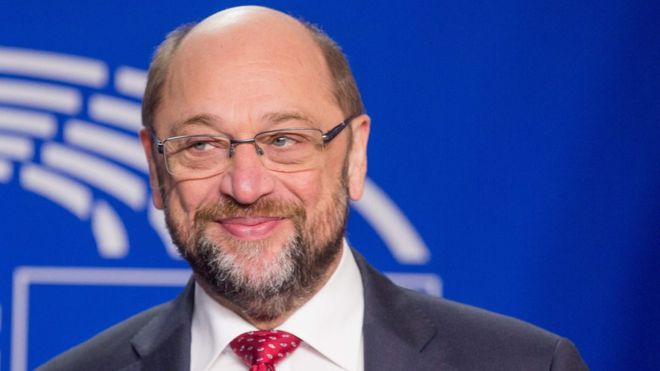 Martin Schulz, the president of the European Parliament, said the continent’s Jews are living in fear.

“Yes, Jews are living in fear in Europe. Yes, there are threats,” Schulz said. “But, ladies and gentlemen – why are we not [living in 1929]? Because there is a European Parliament. Because there are common European Institutions. Because a consequence was taken after the Second World War – after its deepest point of civilization represented by Auschwitz.”

Schulz made his comments during a Jan. 22 ceremony commemorating Holocaust victims held at the European Parliament.

Schulz, who spoke at the European Parliament’s first official ceremony in commemoration of International Holocaust Remembrance Day, was responding to an earlier address by European Jewish Congress President Moshe Kantor, who said, “This is not 1943, but it could well be 1929, with extremists marching in the street and into parliament.”

Over the past seven years, the European Parliament has hosted annual ceremonies organized by Jewish groups to commemorate the day. The Jan. 22 ceremony was the first since the memorial day was incorporated into the European Union’s official calendar.

Schulz said the move represented “a binding agreement” to commemorate the event together with the European Jewish Congress and other Jewish groups.