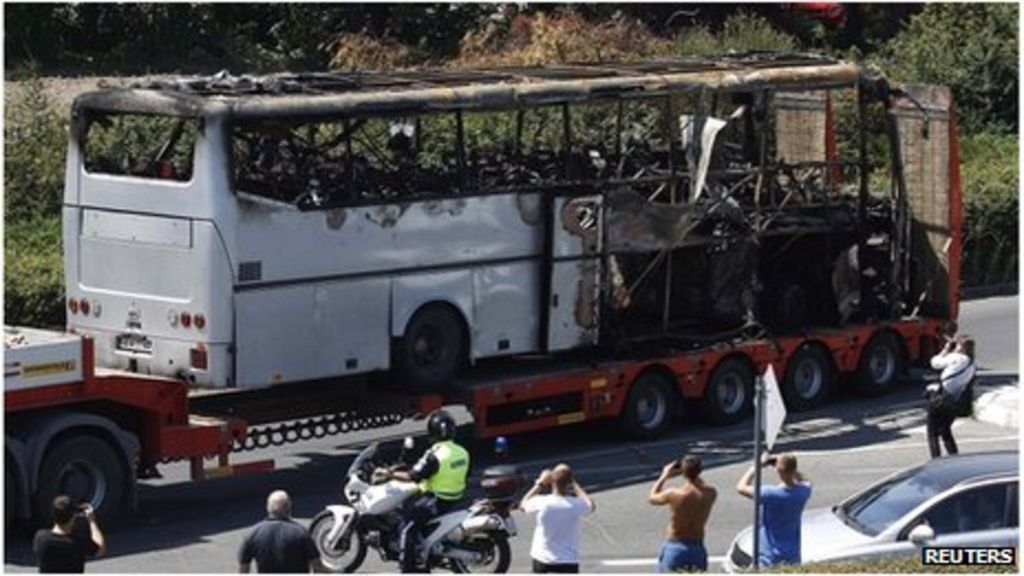 Two men with links to the terrorist organization Hezbollah were implicated in a terrorist attack in Bulgaria that killed six, including five Israelis, a Bulgarian official has said.

The people directly behind the attack were part of Hezbollah cell that included two operatives using passports from Australia and Canada.

“I can confirm that the individual in question is a dual national who resides in Lebanon,” Foreign Affairs Minister John Baird told reporters on Tuesday. “I believe he is at large,” he added.

“Canada commends Bulgaria for its thorough investigation of last summer’s heinous attack in Burgas,” Baird said. “That Bulgaria has found convincing evidence of Hezbollah involvement in this carnage is, sadly, not surprising. It is yet more evidence of the depravity of Hezbollah. Canada remains a committed partner in the global struggle against terrorism in all of its forms. We urge the European Union and all partners who have not already done so to list Hezbollah as a terrorist entity and prosecute terrorist acts committed by this inhumane organization to the fullest possible extent.”

Unveiling the results of the six-month inquiry in Sofia on Feb. 5, Tsvetanov said: “We have established that the two were members of the militant wing of Hezbollah,” adding: “There is data showing the financing and connection between Hezbollah and the two suspects.” The pair had lived in Lebanon since 2006 and 2010 respectively, the AFP news agency quoted Mr Tsvetanov as saying.

Until now Bulgaria has avoided making public any suspicions about who was behind the attack and prior to Tsvetanov’s news conference, Bulgarian President Rosen Plevneliev did not confirm nor deny reports that Bulgaria would blame Hezbollah and Iran for the terrorist attack.

Israel has blamed both Hezbollah and Iran for the attack, which also killed the Israeli tourists’ Bulgarian bus driver. Iran has denied responsibility and accused Israel of staging the attack.

“There should be no more equivocation, Hezbollah should be added to the E.U.’s officially group of terrorist organizations without delay or reservation,” Moshe Kantor, president of European Jewish Congress, said in a statement after the Bulgarian announcement.

The U.S. Congress in recent weeks has called on European bodies to join the United States, Israel, Canada, Australia and New Zealand in designating Hezbollah as a terrorist group.

British and Dutch officials pressed last year for concerted E.U. action against Hezbollah, a major player in the Lebanese government, but other nations including France have resisted efforts to blacklist the group in an apparent effort to maintain good relations with Beirut. The U.K. has classified only Hezbollah’s military wing as a terrorist group, but Israeli Prime Minister Benjamin Netanyahu said in a statement on Feb. 5: “There is only one Hezbollah, a single organization with the same leadership.” He added: “The attack in Burgas was on European soil against a member of the European Union. We hope the Europeans will draw the necessary conclusions as to Hezbollah’s true nature.”

In his statement, Kantor said Hezbollah’s designation by the E.U. as a terrorist entity “should not be subject to political considerations, but whether proscribing Hezbollah will hinder its continuing efforts to murder innocent civilians in Europe and around the world.”

EU High Representive Catherine Ashton commended the Bulgarian authorities for their attention to the investigation,

“The implications of the investigation need to be assessed seriously as they relate to a terrorist attack on E.U. soil, which resulted in the killing and injury of innocent civilians. The High Representative condemns all terrorist acts, wherever they take place, and emphasises that the E.U. and member states are committed to the fight against terrorism, whoever stands behind it,” she said Tuesday through a spokesperson.

“I would like to thank the Bulgarian Government for its thorough and professional investigation of the 2012 terrorist attack in Burgas in which six innocent civilians – five Israelis and one Bulgarian – were murdered,” Netanyahu said.