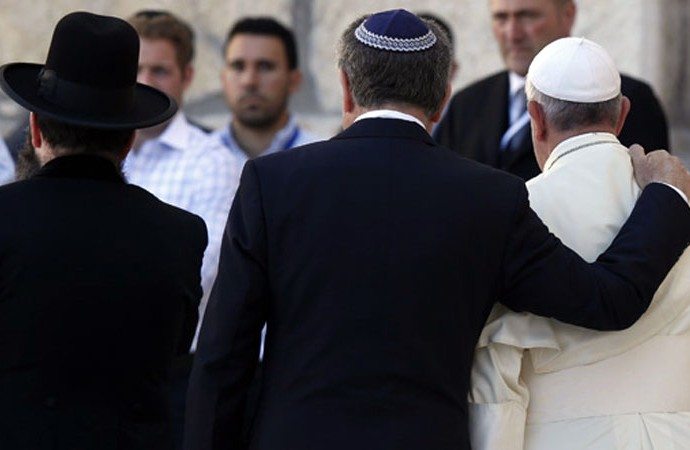 A spokesman for Israeli Chief Rabbi Yona Metzger wished the pope well and said relations between Israel and the Holy See had become the best ever during Benedict’s papacy. Metzger praised Benedict’s outreach to Jews and other religious groups during his tenure.

“During his period [as pope], there were the best relations ever between the Church and the Chief Rabbinate and we hope that this trend will continue,” Reuters quoted Metzger’s spokesman as saying. “I think he deserves a lot of credit for advancing interreligious links the world over between Judaism, Christianity and Islam.”

Metzger wished Benedict “good health and long days,” according to his spokesman.

Moshe Kantor, the president of the European Jewish Congress, wished the pope a “peaceful retirement” but said his “emotional commitment” to interfaith dialogue “perhaps … was not quite at the level of other recent popes.”

Still, “Pope Benedict XVI carried on the work of his predecessor Pope John Paul II in interfaith dialogue,” the statement read, adding that the pope’s “intellectual commitment as expressed in his firm stance against the collective and individual guilt of Jews in the killing of Jesus is one most appreciated by Jewish communities.”

The FCJE, the umbrella organization representing Spanish Jews, said in a statement issued shortly after the announcement that it “respected” the pope’s decision.

“As pope, Benedict XVI acted with great intellectual rigor that undoubtedly contributed to Catholic-Jewish relations,” the statement read. “We wish the pope a long life and encourage him to continue working for peace between the peoples after leaving the post.”