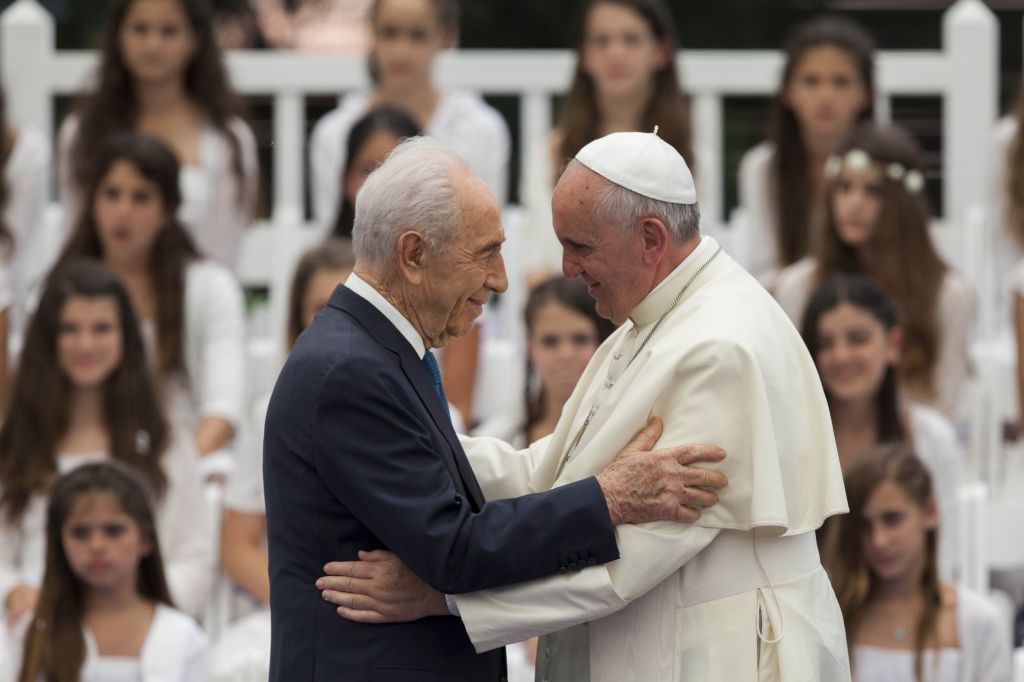 As Pope Benedict resigns, Sephardi Chief Rabbi says he should be remembered for battle against anti-Semitism, Holocaust denial.

Tributes to Pope Benedict’s attitude and approach to the Jewish people and Israel during his tenure as the head of the Roman Catholic Church came quickly following his decision to resign on Monday.

The pontiff is widely seen as having helped promote relations between the Church and the Jewish people, and was ardent in his denunciations of anti-Semitism throughout his time as pope, condemning a resurgent form of anti-Semitism and deploring the phenomenon of Holocaust denial.

According to Shmuel Ben- Shmuel, head of the Foreign Ministry’s Department for the Diaspora and Religions, Benedict continued along the path of his predecessor John Paul in working toward the removal of theologically antagonistic doctrines held by the Church toward Jews.

“He adopted a warm and friendly stance to the Jewish people and sought to overcome the history of the Church’s persecution of the Jews,” Ben-Shmuel said.

Last month, significant progress was made in relations between Israel and the Vatican, which are now on the verge of formalizing diplomatic relations and were first opened in 1993.

The agreement will be fully ratified once a new Israeli government is formed.

Ben-Shmuel also noted that Benedict was the first pope to openly criticize radical Islam, a move that sparked outrage and intense criticism from the Muslim world.

In 2009, Benedict visited Israel on a historic three-day trip in which he emphasized the importance of strengthening Catholic-Jewish relations, and visited Yad Vashem, where he described the Holocaust as “an atrocity” that should never be allowed “to disgrace mankind again.”

However, the pope was criticized in some quarters for not directly referencing the Nazis in his speech. Former chief rabbi Yisrael Lau criticized the pope at the time for saying that “millions” were killed instead of six million and using the word “killed” instead of “murdered.”

Sephardi Chief Rabbi Shlomo Amar said that Benedict should be particularly remembered for saying that God never abandoned his covenant with the Jewish people, and that Jews were Christians’ “older brothers” and “ancestors.” Amar also praised his strong stance and battle against all forms of anti-Semitism and Holocaust denial.

Rabbi David Rosen, the honorary adviser to the Chief Rabbinate on interfaith matters, described Benedict as a friend to the Jewish people who had worked toward improving relations, with a stance the pope had publicly emphasized in his visit to Israel and on other occasions.

Rosen, a former Irish chief rabbi and also the director of interreligious affairs for the American Jewish Committee, noted that “our concern now is that he might not have a successor who has the same commitment that he had to Jewish-Catholic relations.”

While Benedict, who was a member of the Hitler Youth in Germany as a child, came into the papacy under a cloud of suspicion, Rosen told The Jerusalem Post that “contrary to public perception, he actually has been excellent for the Jews.”

Benedict confronted his birth country’s past when he visited the Nazi death camp at Auschwitz. Calling himself “a son of Germany,” he prayed and asked why God was silent when 1.5 million victims, most of them Jews, died there during World War II.

Jewish communal organizations and rabbinic leaders around the world were quick to react to the pope’s statement with praise for his continuation of John Paul’s efforts to strengthen Jewish-Catholic relations.

“The papacy of Benedict elevated Catholic-Jewish relations to an unprecedented level,” said World Jewish Congress president Ronald Lauder on Monday. Not only did Benedict maintain John Paul’s achievements, he gave the relationship between the two faith communities a “solid theological underpinning,” Lauder added.

He also noted that no pope before Benedict visited as many synagogues as he did and that he “met with local Jewish community representatives whenever he visited foreign nations. No pope before him made more strides to improve the relationship with the Jews – on so many levels.”

The pope was also praised for his strong stand against Holocaust denial by church leaders.

Rosen noted that as the first pope in centuries who will be alive following the end of his pontificate, Benedict will have at least a “moral and psychological influence” over the election of his successor.

This, he continued, may be the reason for his abdication: to ensure that the Church continues in a traditional direction.

“He sees himself as the defender of the true faith against the inroads of secularism, and therefore being able to ensure that his legacy continues is probably a factor in his decision to resign,” Rosen said.

Despite not having the same “emotional commitment” to dialogue as John Paul, European Jewish Congress president Dr. Moshe Kantor noted that “his intellectual commitment as expressed in his firm stance against the collective and individual guilt of Jews in the killing of Jesus is one that must appreciated by Jewish communities.”

Reiterating the hopes voiced by other Jewish communities around the world that are worried about the upcoming papal transition, Vivian Wineman, the president of the Board of Deputies of British Jews, told Sky News that “we have been gratified by the efforts of the papacy to engage in interfaith [dialogue], particularly with the Jewish community. We hope and expect this to continue when Pope Benedict’s successor is appointed.”

Sacks called the pope “a man of gentleness,” noting that he was a “compassionate individual who carried with him an aura of grace and wisdom.”

Di Segni told the Post that despite disagreements, which were “inevitable given the essential differences between the two worlds,” the Jewish community of Rome always appreciated the pope’s “will to underline the Jewish roots of Christianity as a presupposition to a respectful and productive relationship.”