E.U. Still Refusing To List Hezbollah As A Terrorist Organization 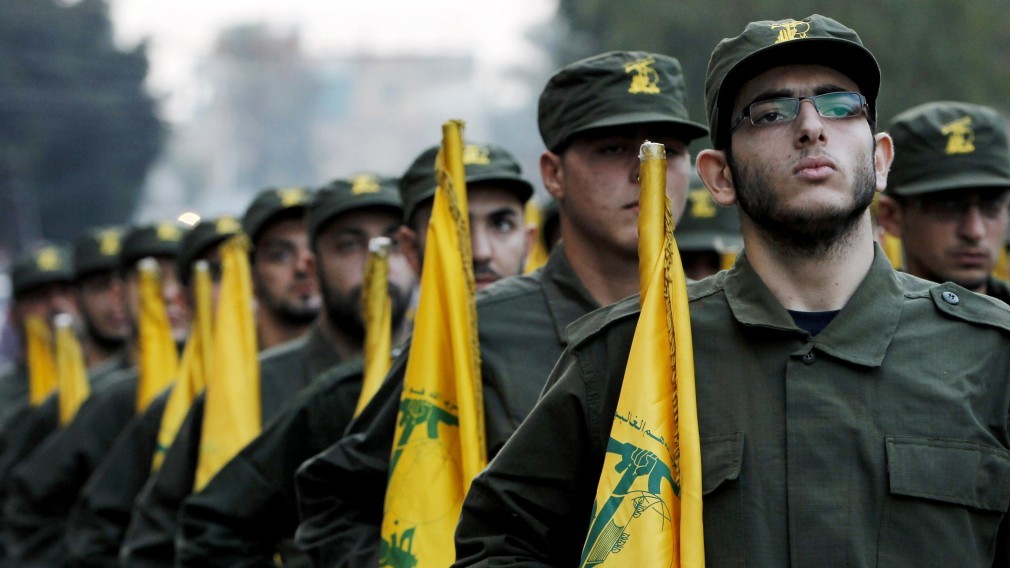 Bulgarian Foreign Minister Nikolai Mladenov took a bold stand on Monday, declaring to a meeting of European Union foreign ministers that the EU should take collective action against the Lebanese Shi’ite terror militia Hezbollah. “We believe the attack that happened in Burgas last year was organized by people connected to the military wing of Hezbollah,” Mladenov said. “We in Europe need to take collective measures to make sure that such attacks will never happen again on EU soil, that we are protected as the EU. We must send a strong message to the rest of the world, that activities like this are unacceptable, no matter where they are planned or executed.” However, the EU ministers meeting ended with no statement concerning Hezbollah.

“We fear that failure to add Hezbollah to the terror list will allow, perhaps even encourage, the terror organization to exploit the lack of unity in the European Union member states, and attempt to launch additional attacks on civilians,” said a recent letter sent to EU Foreign Secretary Catherine Ashton from several members of the US Congress. “If Hezbollah’s ability to maintain fund-raising networks in Europe remains intact, this threatens to undermine the European Union’s significant efforts toward Middle East peace.”

“Calling Hezbollah what it is – a terrorist organization – is long overdue, but it’s better late than never,” said Democratic Rep. Henry Waxman of California, one of the chief sponsors of the EU letter. “This designation could help cripple Hezbollah’s operations in Europe and around the world, making it more difficult for them to sow instability and target innocent people.”

“It is very hard to find any reason other than the fact that this issue has been inexcusably politicized,” said European Jewish Congress president Moshe Kantor. “A terrorist attack took place on European soil and the brazen perpetrators are being ignored. This sends a very worrying signal to global terrorist groups that they will be able to act with immunity and impunity.”

The Italian versions of popular magazines Vanity Fair and Vogue, as well as other publications, have recently featured a photo shoot by Enrico Pescantini and Maria Giovanna Callea called “Barbie loves Israel” which the couple shot during their recent vacation to the Holy Land. The shoot includes pictures of Barbie and Kent dolls at several locations in Israel including Jerusalem, the Golan Heights, Tel Aviv, Nazareth and the Dead Sea. “The idea was to use Barbie and Ken as our alter-egos” Callea told Tazpit News Agency, adding that the photos were “just pictures of their holidays, without any commercial or political purpose.” However, they added that “Israel was one of best trips of the year, with amazing cities full of nice people, each with a unique atmosphere. Israel surpassed our expectations!”

The funeral of Israeli musical legend Shmulik Kraus was held on Monday, after he succumbed to swine flu over the weekend at the age of 77. “This is the man who actually created the first Israeli rock ’n’ roll or pop music. He changed the face of music in that respect,” said longtime friend and fellow artist Yankele Rotblit. “There were a few songs that became classics, and Shmulik will be with us forever,” agreed Israeli composer Kobi Oshrat.

IDF soldier Mor Ostrovski caused a firestorm of controversy over the weekend when a picture he posted to his instagram account in late January of a Palestinian child in the crosshairs of a rifle scope was re-posted innumerable times on several anti-Israel sites. Palestinian blogger Ali Abunimah declared that the picture “embodies the idea that Palestinian children are targets.” Ostrovski’s instagram account has been suspended and the IDF has opened an investigation into his conduct.