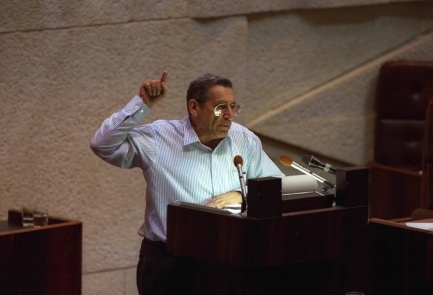 The European Jewish Congress (EJC) is calling on French authorities to condemn a decision to grant Majdi al-Rimawi, responsible for the 2001 murder of Israeli Minister Rechavam Zeevi “honorary citizenship” in Bezons, a suburb of Paris.

The Mayor of the city of Bezons, Dominique Lesparre, made a speech at a commemorative ceremony in which he justified the acts of the terrorist convicted of murder, calling him a “victim,” and “political prisoner.”

“This is an outrageous and horrific decision, not just to honor a murderer, but the murderer of an Israeli government cabinet minister,” EJC President, Dr. Moshe Kantor, said.