Honoring Of Pflp Terrorist ‘Insult To French Concept Of Justice’ 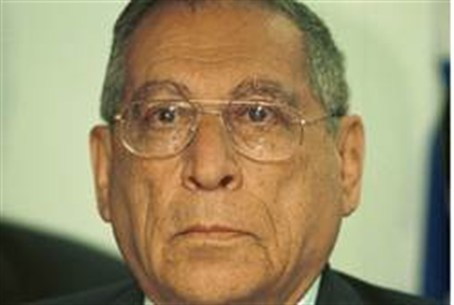 The Anti-Defamation League (ADL) has condemned the decision of the city council of Bezons, a suburb of Paris, to award honorary citizenship to Majdi al-Rimawi, who was convicted for planning the 2001 assassination of Israeli Minister of Tourism Rechavam Zeevi.

Al-Rimawi is a member of the terrorist group, Popular Front for the Liberation of Palestine (PFLP), which has been responsible for perpetrating scores of deadly attacks against Israeli civilians.

“This award is an insult to the French concept of justice and liberty and a perversion of French values,” said Abraham H. Foxman, ADL National Director. “Al-Rimawi is a convicted terrorist and the PFLP is on the European Union’s list of terrorist organizations. There can be no justification for honoring him.”

According to the March issue of the Bezons municipal newsletter, the city council met in a special session on February 13 to convey honorary citizenship to al-Rimawi, whose wife, Fathiya Irhima-Barghouti, is the former mayor of Qarawat Bani Zeid, a Palestinian Authority-controlled town that has been a “sister city” of Bezons since 2008.

The newsletter also noted that al-Rimawi has been in Israeli prisons for over a decade and wrote, “His crime? Defending his city and its inhabitants.”

“After Mohamed Merah murdered three children and a rabbi at a Jewish school in Toulouse, the French Jewish security agency noted a rise in anti-Semitic incidents, many of which included praise for Merah,” Foxman said. “By honoring another high-profile murderer, the city council of Bezons is callously encouraging more violence against Jews and it is important for all sectors of French society to counter this message and condemn the award.”

The European Jewish Congress (EJC) also slammed the “outrageous and horrific decision” noting that, “Today is exactly a year since the terrible and tragic murder of Jewish schoolchildren in Toulouse and the honoring of al-Rimawi in France demonstrates that murder and terrorism is being glorified when it should be condemned in all forms.”

“It is inconceivable that an elected figure can be so ignorant to call a cold-blooded murderer a victim,” said EJC President, Dr. Moshe Kantor. “This is the kind of ignorance which leads to people like Mohammed Merah perpetrating the murder of children because they are Jewish. This type of glorification of murder is sending a very ominous message to the next Merah.”