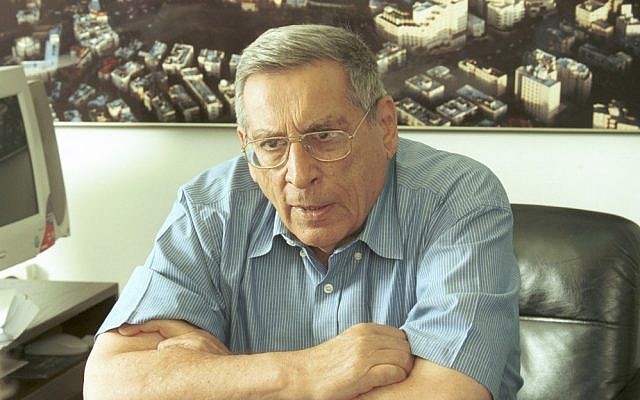 Head of Bezons says outcry over honorary citizenship for Majdi Rimawi, jailed for killing Rehavam Zeevi in 2001, only strengthens resolve

A French mayor whose municipality recently honored the Palestinian murderer of an Israeli minister defended the move and accused critics of “hatred” and “complicity in occupation.”

Mayor Dominique Lesparre of the Paris suburb of Bezons said in a statement released Wednesday that his municipality’s vote last month to name Majdi Al-Rimawi an honorary resident was part of a “tradition of peace, solidarity and cooperation with the Palestinian people.”

An Israeli court convicted Rimawi, a member of the terrorist organization Popular Front for the Liberation of Palestine, and three others for the 2001 murder of Knesset member Rehavam Ze’evi in Jerusalem. Ze’evi was Israel’s minister of tourism.

The decision to honor Rimawi, who is imprisoned in Israel, was made known in the city’s official newsletter in an article that said his only crime was to strive toward the establishment of a Palestinian state. The article did not mention the murder.

Lesparre called the reactions “hateful,” adding, “It strengthens our resolve to defend the noble and just Palestinian cause.”

“It does not surprise us that this act of solidarity invokes hostile reactions by some of the participants of the occupation of Palestinian territories,” Lesparre said. “Any criticism of Israeli leaders or reference to the Palestinians’ suffering is systematically condemned as anti-Semitic.”