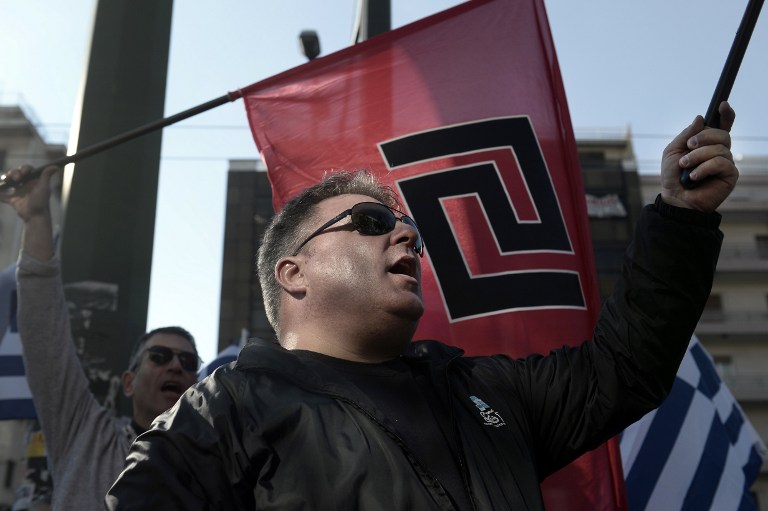 Greek Prime Minister Antonis Samaras vowed to crack down on neo-Nazi groups in a landmark speech marking the 70th anniversary of the first deportations of Thessaloniki’s Jews to the Auschwitz-Birkenau death camp.

Samaras spoke Sunday at a memorial ceremony at the city’s Monastiriotes Synagogue, the first-ever visit by a sitting prime minister to a synagogue in Greece.

The Greek government will enact legislation that will be “completely intolerant to violence and racism,” Samaras said, noting that with neo-Nazi parties on the rise again in Europe, governments have to “be very careful not to let them gain ground as they did in the 1930s.”

“We have to be very careful to remember the message of ‘never again.’ The fight against neo-Nazis is more important than ever,” he said.

In recent months Greece has seen a sudden and dramatic rise in the power of the neo-Nazi Golden Dawn party, which swept into parliament with 18 seats in last year’s election. Greek and international Jewish groups repeatedly have condemned Golden Dawn as racist and anti-Semitic.

Also speaking at the ceremony, Moshe Kantor, the president of the European Jewish Congress, called on the Greek government to “completely eradicate the ultra-right and the neo-Nazi parties from the political horizon of Greece.”

Sunday’s ceremony commemorated the deportations that sent 49,000 of the city’s 55,000 Jews to Nazi death camps. The events also were marked Saturday with a silent march from the city’s Liberty Square to the Old Railway Station.