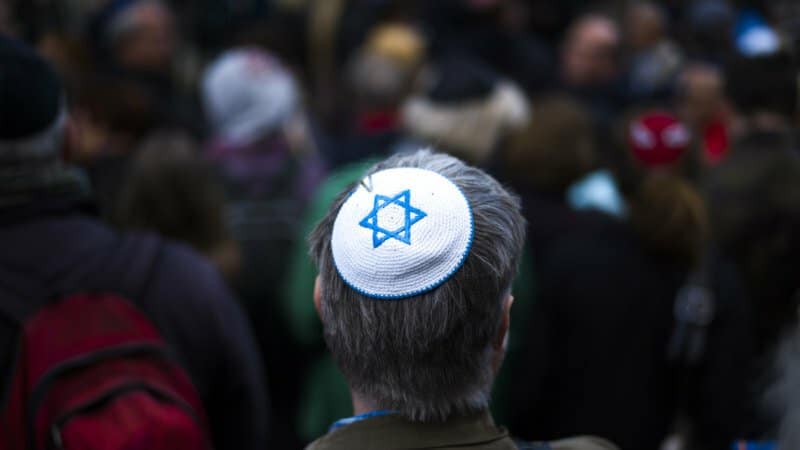 After two years of decline, anti-Semitism is up worldwide by 30 percent, especially in France, Hungary and Greece. Jews in many European countries are afraid to walk on the streets wearing skullcaps, and the Internet is helping to spread anti-Jewish fervor.

These were the conclusions cited in the annual report published by Tel Aviv University’s Kantor Center for the Study of Contemporary European Jewry in conjunction with the European Jewish Congress, which represents European Jews.

“We always put out this report on the eve of Holocaust Memorial Day in Israel because we feel the two issues are clearly related,” Dina Porat, head of the Kantor Center, told The Media Line.

The report found that a total of 686 anti-Semitic acts took place in 2012, the greatest number, two hundred, in France, followed by the United States with 99 incidents and the United Kingdom with 84.

The report’s authors believe that the terror attack by an Islamist extremist on the Otsar HaTorah School in Toulouse, France, last March which killed a teacher and three children, triggered a wave of copycat violent incidents against Jewish targets. In addition, the report pointed out that political parties with a clear anti-Semitic agenda are gaining strength, especially in Hungary and Greece.

“2012 will be remembered as the year marking the political return of Nazism to the European Parliament,” Moshe Kantor, the President of the European Jewish Congress told The Media Line. “These neo-Nazi parties have crossed all red lines including making demands to register Jews in special lists.”

Kantor mentioned the Jobbik party in Hungary, the Golden Dawn in Greece and Svoboda in Ukraine. In Hungary, for example, several recent polls indicate that almost two-thirds of the public hold anti-Semitic views. The Jobbik party, which won 12 percent of the vote in an election last year, now has the support of almost 20 percent of the population. Another poll found that the party is the most popular choice of university students. Kantor said he met with the President of Hungary several times but was “disappointed” in his response.

The global financial crisis has also led to the sharp rise in anti-Jewish incidents. Political parties blaming the Jews for controlling much of the world’s wealth, and therefore for being responsible for the crisis, have gained strength.

The report has been issued annually for the past 20 years. The peak in the number of anti-Semitic incidents was in 2009, after Israel’s incursion into the Gaza Strip to halt rocket fire. More than 1,100 Palestinians and 13 Israelis were killed during the operation. Last year as well, there was a week-long clash between Israel and Hamas, during which time hundreds of rockets were fired at Israel and 133 Palestinians died. The report’s authors said that the conflict did not lead to an appreciable increase in anti-Semitic acts because of the short duration (only eight days) and the relatively low number of Palestinian casualties.

“This is the most violent year in 20 years of record without any outside trigger,” Dr. Haim Fireberg of the Kantor Center said. “The amount of propaganda against Jews cannot even be counted.”

Jews in Europe are feeling more and more targeted, according to Kantor, who lives in London.

“As a Jewish leader anti-Semitism is on display every day in Europe,” he told The Media Line. “I feel the danger in coming to work, in being on the streets and in going to synagogue.”

Kantor said the solution must come from pan-European institutions which must make the problem a priority. He also called for more interfaith dialogue, which he sees as an “important vehicle” to combat anti-Semitism.

The report’s authors say they try to tread a thin line in defining the number of anti-Semitic acts.

“We try not to overestimate and cause panic,” Porat said. “At the same time, we also do not want to underestimate and play down the seriousness of the incidents of anti-Semitism.”