Instead Of Remorse, They Imitate The Toulouse Terrorist 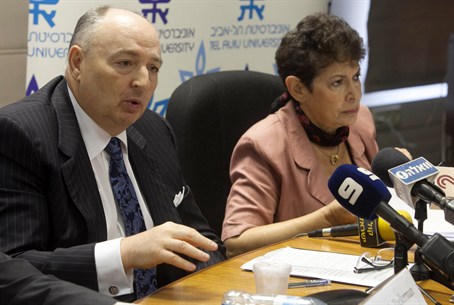 The summary of this report is as follows:

Following two years of decline, a considerable escalation in the level of violent and vandalistic acts against Jews was recorded in 2012. The combined number of 686 such acts represents an increase of 30% over the 2011 figure of 526. They include 273 attacks on persons of all ages; in addition, 190 synagogues, cemeteries and monuments were desecrated, and over 200 private and public properties damaged. There were 50 attacks with a weapon, 89 without, 166 direct threats on lives, and 373 cases of vandalism. Most of the attacks (510) took place in countries where the largest Jewish communities outside Israel reside: France (200), the US (99), the UK (84), Canada (74) and Australia (53).

1. The terror attack on the Otsar HaTorah School in Toulouse, in March, which triggered a wave of copycat violent incidents against Jewish targets, mainly in France − one of the worst experienced by the community.

2. An escalation in the activities of the extreme right wing and the strengthening of parties with a clear anti-Semitic agenda, which took advantage of the ongoing economic crisis. In Hungary and Greece, as well as in Ukraine, vociferous representatives of these parties openly incite in parliament against local Jewish communities. Blatant anti-Semitic and anti-Israel expressions appeared to ignite violent activity in Hungary, and a significant rise in desecration of cemeteries and Holocaust memorials was recorded in Poland.

3. Operation Pillar of Defense caused only a moderate, short-lived increase in anti-Semitic activities worldwide, probably due to its brief duration and the small number of casualties among Palestinians. The wave caused by the terror attack in Toulouse was much more violent and intensive than the effect of the Israeli operation, proof that the desire to harm Jews is deeply rooted among extreme Islamists, as well as among right-wingers and their followers, and that local and international, including Middle East events serve merely as a catalyst.

The escalation of harassment and street violence continued in 2012, notably in Western Europe, as well as in North America and Australia. In many cases, easily identifiable religious Jews, and pupils in Jewish and general schools, were the targets. Rabbis and leaders of a number of communities, guided by the recommendations of security services, instructed their flock to remove signs of their Jewishness when on the street. Several “kippah parades” were held by both Jews and non-Jews in protest.

Public opinion polls conducted in ten European countries by the Anti-Defamation League (ADL) revealed that an average of 30% of the general public hold anti-Jewish prejudices and anti-Semitic views. The highest level of such views was recorded in Spain, Poland and Hungary. In the latter it rose from 47% in 2009 to 63% in 2012. These finding correlate with those of other surveys conducted in recent years.

The internet with its social networks is the main conveyor of anti-Semitic propaganda and incitement. The networks disseminated reactions to Operation Pillar of Defense and to Israel’s attempt to prevent a Palestinian appeal to the UN for recognition as an observer state. They opened the door to legitimate debates, as well as to the increased delegitimization and demonization of Israel. Common anti-Semitic motifs in 2012 were the accusation of a world Jewish power working unconditionally at the service of Israel and employing Jews who are unfaithful to their countries, and alleged Jewish control of the world economy and exploitation of the current economic crisis.

Finally, there is an atmosphere of violence that has incited a growing number of hate crimes against immigrants, foreign workers and minorities, Jews included. There is also a growing climate of verbal violence in Western culture, such as insults, threats, and abusive language and behavior, which nourishes violence and constitutes an ever-increasing threat to Jewish well-being.