Sharp Rise In Global Anti-Semitism, France In The Lead 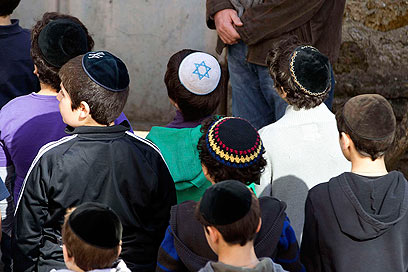 According to a new report on global anti-Semitism, 2012 registered a 30% increase in anti-Semitic acts compared to 2011.

These acts include vandalism and direct threats on Jewish lives. Numbering 686 in 2012, they followed two years of general decline in such incidents.

Among the countries listed, France has the dubious honor of first place with 200 anti-Semitic acts registered. The United States saw 99 acts, Britain 84, Canada 74 and Australia three.

The report, published by Tel Aviv University’s Kantor Center for the Study of Contemporary European Jewry, in cooperation with the European Jewish Congress, cited three factors to explain the rise: First, the general increase in violent activity in France following the Toulouse terror attack, which made 2012 the most violent year since 2004.

The rise of the radical Right in many European countries, most apparent in Greece, Hungary and Ukraine, where parties with a distinct anti-Semitic line have started vying for power, has also been listed as a boosting factor.

In Hungary, parallel to more outspoken remarks against Jews and Israel, violence and vandalism against Jewish targets have seen a rapid increase.

The report listed Operation Pillar of Defense as a contributing factor, claiming a correlation between the operation’s end in November and an increase in anti-Semitic activities worldwide.

Though responses to the operation were more moderate than to Operation Cast Lead, conspiracy theories and anti-Semitic rhetoric spread through the Arab media, albeit only for a short while.

The incidents registered in 2012 include 273 attacks against Jews, some of them student and teens, which make 40% of all incidents. Some 50 violent incidents involved weapons of some sort.

In addition, more than 100 synagogues were attacked, 59 community structures, including schools, were defaced, 89 cemeteries and monuments desecrated and 163 private properties vandalized.

The report noted an increase in harassment and violence in public places, especially near synagogues and Jewish schools. In Berlin, for instance, four men insulted a rabbi and threatened his daughter in a city street.

Dr. Moshe Kantor, president of the European Jewish Congress, said: “The increase is clear. As a Jewish leader, I feel the danger to the communities, to people who walk the streets, to synagogues and to Jewish schools.

“This is a completely new phenomenon, and we see many incidents which didn’t happen before. The fact that neo-Nazis are now legal in Europe is a phenomenon which should be noted.

“They’re already sitting in parliament in Hungary, but the same is happening in Ukraine, Greece and other countries,” he said.

“It is important to do something not only on the national level but on the inter-European level, in the EU institutions.”