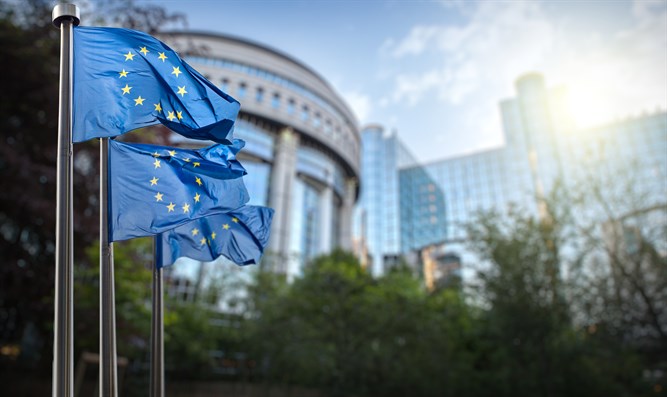 “There are extremely worrying signs emanating from Hungary at the moment, where barely a week passes without an attack on minorities or outrageous comments from far-Right politicians,” Kantor said. “Unfortunately, red lines keep being crossed and there needs to be an extremely strong reaction, both from the Hungarian government and the European Union to push back against these phenomena.”

Kantor was speaking at the Anti-Semitism Press Conference today, held by The Kantor Center for the Study of Contemporary European Jewry and the Moshe Kantor data base for the Study of Contemporary Anti-Semitism and Racism at Tel Aviv University, headed by Prof. Dina Porat, in cooperation with the European Jewish Congress (EJC).

The Kantor Center releases an annual survey of global anti-Semitic incidents. Results from the 2012 survey show that there has been a considerable escalation – of a 30% increase – in numbers of violent and vandalistic acts against Jewish individuals, institutions and Jewish private property. This follows two years during which the figures declined somewhat following a peak in 2009.

The report specifically notes that there has been a notable “escalation of Anti-Semitic incitement” in Hungary and a “correlation was observed between the political strengthening of extreme right parties and the high level of Anti-Semitic manifestations including incidents of violence and vandalism.”

There are disturbing signs that the increase in Anti-Semitic and anti-Israel expressions on the part of Jobbik, the Hungarian neo-Nazi political party, are more than ever being translated into violent acts, the report notes, singling out Jobbik as one of the most dangerous organizations active on the European continent.

“We should be doing all we can to reverse these negative trends and there needs to be a policy of ‘zero tolerance’ for racism,” Kantor said. “We are reaching out to the leaders in Hungary and the EU and calling for the initiation of hearings in relevant committees, because this situation cannot continue.”

Kantor also noted similar political gains for neo-Nazi parties in Greece and Ukraine in a year which has seen significant increases by the far-Right.

In addition, and of great concern, is the situation in France, especially in light of the terror attack by French-born Islamist Mohamed Merah at the Otzar HaTorah School in Toulouse in March of last year.

The Otzar HaTorah School attack triggered a significant rise in anti-Semitic activity in France, 58 percent more than in 2011. Physical assaults, including four cases of shooting, almost doubled in number. It was the most violent year in France since 2004, and its impact was felt in other countries as well, notably the UK.

“It appears that rather than the Toulouse attacks being a shock to the system, they had the opposite effect and perhaps allowed terrorist groups in Europe to become more emboldened,” Kantor said, noting the attempted terror attacks across the continent against Jewish targets.

As well as identifying the troubling growth of anti-Semitism, terror and hate, the EJC has written to the President of the European Parliament Martin Schulz, calling on him to initiate parliamentary hearings and provide an official and regular monitoring of developments around these issues.

Dr. Kantor requested that President Schulz support and utilize the democratic institutions of the European Parliament to engage constructively and aggressively with this issue in order that a clear message is conveyed to the institutions of the Republic of Hungary and its government.

In addition, the EJC has called on members of the European Parliament’s Civil Liberties, Justice and Home Affairs Committee (LIBE) to organize a public hearing about Hungary and is launching a campaign among the EU leadership and MEPs to raise awareness of the situation and a call for action.