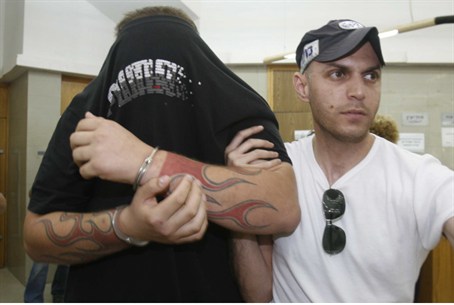 An anti-Semitic demonstration that was planned for the same day as a Holocaust memorial march was banned in Hungary.

An anti-Semitic demonstration that was planned for the same day as a Holocaust memorial march was banned in Hungary.

The April 21 demonstration in Budapest, dubbed “Give gas,” would have coincided with the annual March for Life, commemorating the over six million Jews brutally killed by the Nazis.

Budapest police said it would deploy “all legal means” to stop the rally by bikers, whose “provocative” name and timing is “an offense,” according to a statement.

Prime Minister Viktor Orban had called for the cancelation of the rally following protests by several civil groups, as well as Hungary’s umbrella Jewish organization Mazsihisz.

The counter rally “unequivocally refers to the tortuous deaths of more than 400,000 of our compatriots killed in Auschwitz with poisonous gas and is a call to repeat these harrowing deeds,” Mazsihisz said in a statement.

The demonstration would have passed in front of the capital’s main synagogue.

The European Jewish Congress (EJC) recently identified Hungary as experiencing the most troublesome racist and anti-Semitic trends in Europe.

“There are extremely worrying signs emanating from Hungary at the moment, where barely a week passes without an attack on minorities or outrageous comments from far-Right politicians,” said EJC President Dr. Moshe Kantor. “Unfortunately, red lines keep being crossed and there needs to be an extremely strong reaction, both from the Hungarian government and the European Union to push back against these phenomena.”

The EJC noted that there has been a notable “escalation of Anti-Semitic incitement” in Hungary and a “correlation was observed between the political strengthening of extreme right parties and the high level of Anti-Semitic manifestations including incidents of violence and vandalism.”

The prevalent anti-Semitic trends in the country are most widely attributed to the Jobbik political party, which espouses blatantly neo-Nazi and xenophobic principles and beliefs.