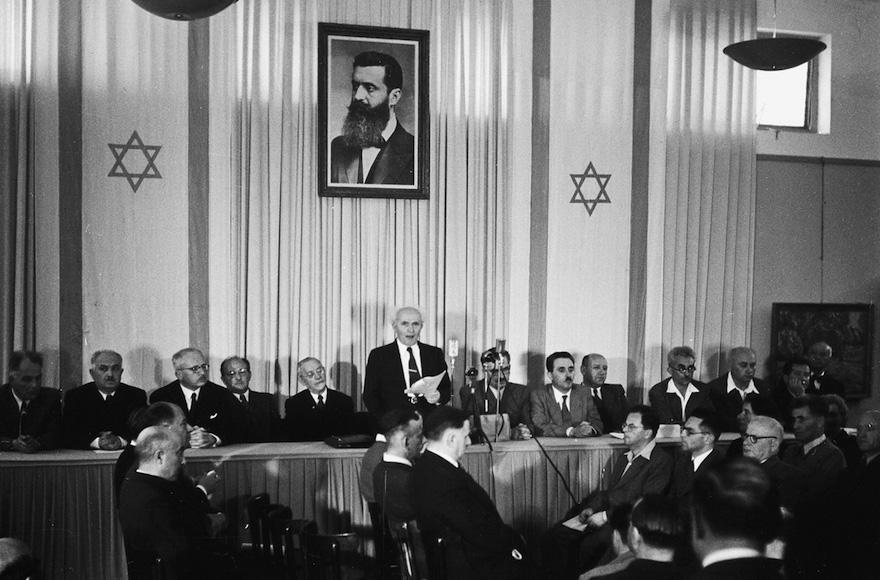 The Jewish people survived and out of the ashes of the Holocaust emerged a dynamic, self-sustaining Jewish state.

On April 11, 1944, a Jewish teenager hiding from the Nazis penned in her diary: “If we bear all this suffering and if there are still Jews left, when it is over, then Jews, instead of being doomed, will be held up as an example.” As she wrote these words, the very existence of the Jewish people was in doubt. A Jewish state was but a pipedream. Her name was Anne Frank.

Today, the State of Israel celebrates 65 years of independence.

In 2013, Israel stands alone as an oasis of democracy in a region plagued by autocracy. A world leader in high-tech startups, science, R&D, green technology, biomedical engineering and agriculture to name a few, Israel has come a long way since it declared statehood in 1948. It is a journey that exhibits the resilience and determination of the Jewish people – and one in which America’s role is indispensable.

Israel has been under attack since day one, literally. Egypt, Iraq, Jordan, Lebanon and Syrian invaded Israel hours after it declared statehood on May 14, 1948. Israel prevailed, but independence came at a hefty price – 6,000 troops were killed, one percent of the nascent state’s population.

Israel fought and won costly wars against its Arab neighbors again in 1967 and 1973. And today, Israel faces monumental threats from Iran, Syria, Hamas and Hezbollah.

This past Sunday, on Yom Hazikaron, Memorial Day, Israel paid tribute to its fallen soldiers and victims of terrorism. But Israelis need no reminders of the daily sacrifices they make to live in peace and security. They are reminded when they send their sons and daughters off to war, take cover in a bomb shelter, and go through security to enter a mall. No nation on earth should tolerate rockets raining down on civilian areas or suicide bombers blowing up nightclubs. The United States certainly would not.

But Israel’s challenges are not limited to rockets or suicide bombers. It’s hard to imagine that in a world where Holocaust survivors still live among us, the evil cancer of anti-Semitism continues to thrive. From Jewish school shootings in France to the rise of the neo-Nazi Svoboda party in Ukraine, anti-Semitism still lurks in the shadows. In fact, anti-Semitic attacks increased by 30 percent in 2012, according to a recent report by Tel Aviv University and the European Jewish Congress.

Fortunately, America stands shoulder- to-shoulder with Israel to combat these attacks. The United States stands with Israel in fighting terrorism, defending democracy and maintaining stability in the Middle East.

Just last month, when Turkish Prime Minister Tayyip Erdogan called Zionism a “crime against humanity,” 89 Members of Congress from both sides of the aisle, myself included, denounced the statement as simply unacceptable. Even in these partisan times, Democrats and Republicans come together in defense of Israel and in support for a strong US-Israel relationship.

Anne Frank never lived to see Theodore Herzl’s vision of a Jewish state become a reality. But she was right. The Jewish people survived and out of the ashes of the Holocaust emerged a dynamic, self-sustaining Jewish state. And a few weeks ago, the Jewish population in Israel became the world’s largest – at six million. Today, America joins Israel in celebrating the accomplishments of a country that has established itself as a pillar of freedom and democracy in just 65 years.

The writer, a US Congressman, represents the Sixth District of Illinois. He serves as chief deputy majority whip and co-chair of the House Republican Israel Caucus.