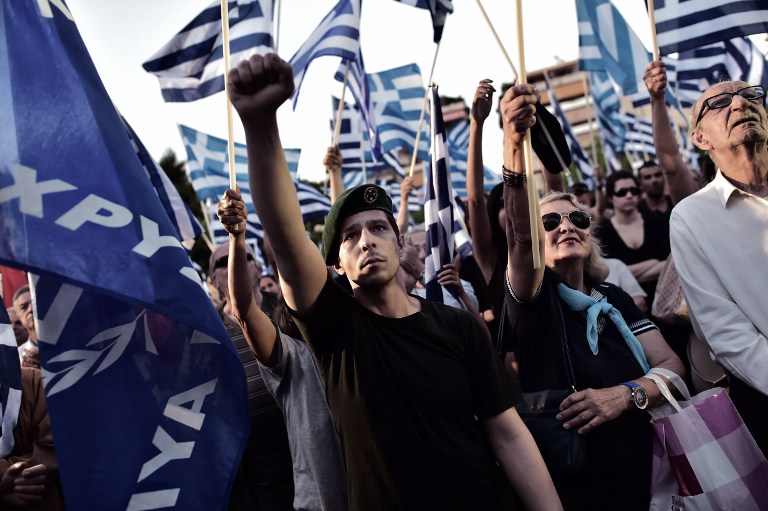 The European Jewish Congress (EJC) welcomed Thursday a report by the commissioner for human rights of the Council of Europe, which stated that Greece has the legal right to ban the neo-Nazi Golden Dawn party.

“This report is a strong milestone against growing racism, hate and intolerance in Greece and we welcome the report and call for its full implementation by the Greek authorities,” EJC President Moshe Kantor said. “Most importantly, it called for the possible prohibition of the neo-Nazi party because of activities associated with it. This is a necessary first for an official European institution and we hope the situation will be monitored very carefully.”

The report follows the visit by Commissioner Nils Muižnieks and a Council of Europe delegation to Greece from 28 January to 1 February 2013.

Golden Dawn, whose party emblem closely resembles the swastika, gained 18 seats in the country’s 300-member parliament last year, and has raised concerns because of its blatant anti-Semitism and xenophobia.

Party leader Nikos Michaloliakos has claimed that Nazi concentration camps did not use ovens and gas chambers to exterminate Jews during the Holocaust.

“There are some very important elements in the report which we have been calling to be implemented for many years, like anti-racism and human rights campaigns in schools, the bolstering of anti-racism laws and strong police and legal enforcement,” Kantor said. “I hope the pressure from European institutions will continue and the Greek authorities will take these recommendations seriously.

“I also hope that there will be a similar report in the future on Hungary and other nations whose human rights violations are of great concern and needs to be addressed immediately,” Kantor added.