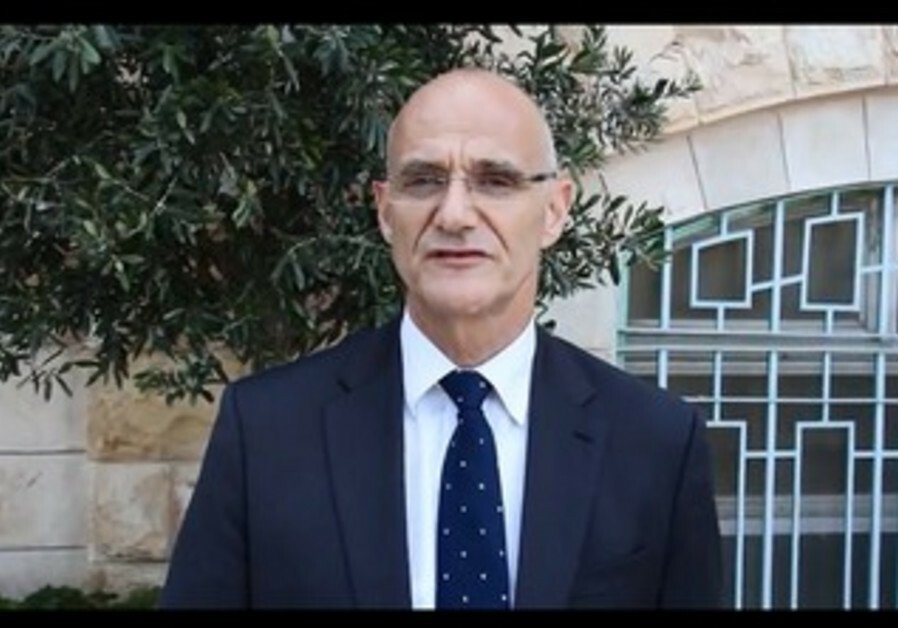 Labeling West Bank settlements products is consumer protectionism, the European Union’s Ambassador to Israeli Andrew Standley told reporters in Jerusalem on Wednesday, as he defended the measure against charges that it amounted to boycott.

This is a consumer protection issue first and foremost,” Standley said. “Consumers should have the confidence that what they buy is correctly labeled, according to existing EU rules,” he said. The European Union is working on legal guidelines to help member states who want to place consumer labels on West Bank products understand how to make use of already existing legislation.

Israel opposes such labeling which it says unfairly singles out these products. Opponents of the measure have charged that it a form of boycott. The products are already marked with codes that alert European custom officials not to include them in the tariff free trade understanding with Israel.

He defended EU actions to help its member states use already existing legislation to label such products for the consumers. “It is important to emphasize that, indeed, it is not a boycott,” Standley said.

“At no time, at no stage has anyone called for settlement products to be prohibited from entering the EU,” Standley said. He added that proper labeling combated boycotts of Israeli products by people who feared that they were actually from West Bank settlements.

This week European Jewish Congress President Moshe Kantor sent a letter to all EU member states asking them not to label the settlement products.

This is a discriminatory action, which diverts attention away from the peace process, he said.

It also harms Palestinian workers employed by many of these companies, he said.

It is concerning the EU can unite to act against Israel on the issue of West Bank settlements but has failed to find consensus on classifying Hizbulalh as a terrorist organization, Kantor said.

“While there is a consensus and movement on the labeling issue, there appears to be little movement on the goal of proscribing Hezbollah as a terrorist organization within the European Union,” Kantor wrote.

Standley explained that with 27 diverse nations it was hard to find unity on the topic. He noted that it was possible to find consensus on the issue of labeling West Bank settlement products, because the legislation already exists and does not need to be voted on.

“At the political level what has happened is that twice during the course of 2012 the EU foreign ministers drew attention to the urgent need to ensure that existing EU rules and legislation on consumer protection, the labeling of products, should be implemented correctly,” Standley said.

“It has been given additional political prominence by the fact that the foreign ministers of the EU member states have twice in 2012 called for this issue to be urgently and immediately implemented,” he said.

On the larger issue of the stalled Israelis Palestinian peace process, Standley said he was hopeful that US Secretary of State John Kerry, who arrives in Israel Thursday for his fifth visit in three months, would be able to rekindle the talks which have been largely frozen since December 2008.The EU supports Kerry’s efforts, he said.

“Not only has the EU expressed its clear political support publicly, but also in its [private] contact with the Israeli and Palestinian sides,” Standley said.

“That has also been accompanied by the continuation of significant levels of economic assistance provided by the EU, which are a key element in creating conditions, especially on the Palestinian side in terms of institution building,” he said. “We are hopeful that the hard work and all the time that has been invested by secretary Kerry over the past few weeks and months will bear its fruits in the coming days,” Standley said.