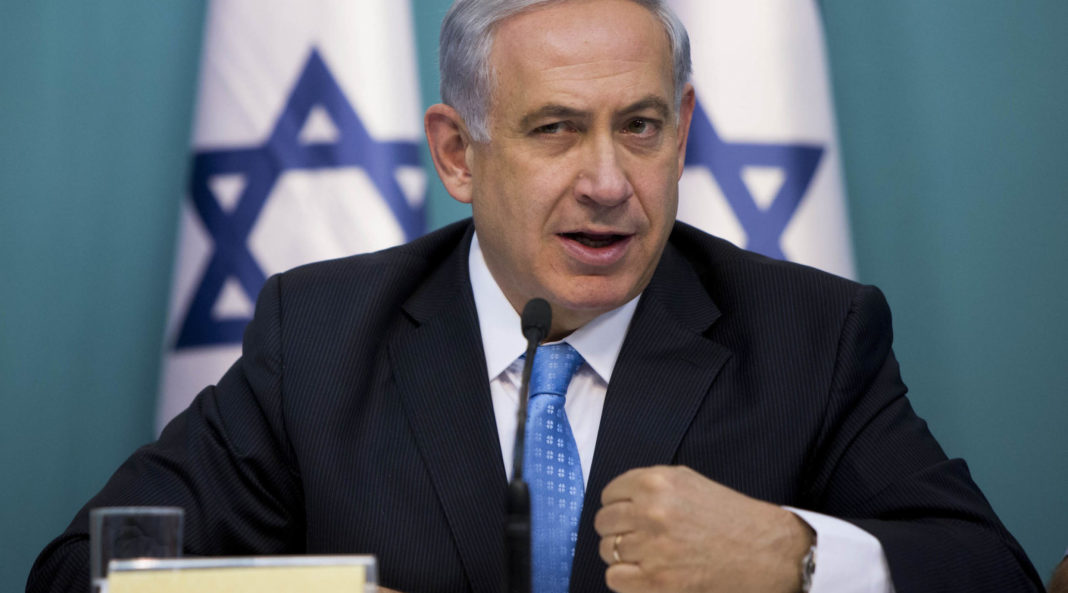 European Jewish Congress President Moshe Kantor met Wednesday in Jerusalem with Israeli Prime Minister Benjamin Netanyahu. The two discussed issues of mutual concern, including the EU’s moves to label goods from Israeli companies operating over the ‘green line’ and the long overdue proscription of Hezbollah as a terrorist organization within the European Union.

The EU policy singling out one disputed territory of the world for special treatment is seen as “discriminatory’’, European Jewish Congress (EJC) President Moshe Kantor said, in reference to current EU moves to label goods from Israeli companies operating beyond the ‘Green Line.’

In a letter to leaders of the 27 European Union member states, he wrote : “This policy is seen as discriminatory as the European Union appears to be singling out one disputed territory of the world for special treatment, whereas the European Union has no similar policies for the other tens of territories that are the subject of international disputes.”

He compares the labeling issue and the long overdue proscription of Hezbollah as a terror organization in the EU./

Kantor discussed both issues during a meeting Wednesday in Jerusalem with Israeli Prime Minister Benjamin Netanyahu.

In his letter, the EJC leader stressed that “the timing of the labeling issue is inauspicious as it is diverting energies that could be better placed supporting positive moves towards restarting direct negotiations between the parties.”

“I believe that the implementation of a policy which is seen as one-sided and biased at this time will only serve to negatively affect this positive momentum and increase ill-faith and bad feeling between the parties,” he said.

He also argued that the EU policy will also have a negative effect on the Palestinian population, many of whom work or are supported by these Israeli companies. “They would suffer an enormous financial blow from the ramifications of this policy,” he said. Kantor wrote in the letter that while the labeling of goods originating over the ‘Green Line’ was problematic, it is made worse by the comparative lack of traction on the issue of adding Hezbollah to the EU list of terrorist organizations.

“The greatest concern to us as European citizens is that while there is a consensus and movement on the labeling issue, there appears to be little movement on the goal of proscribing Hezbollah as a terrorist organization within the European Union,” Kantor wrote in the letter.

He continued, “While the European Union’s oft-stated goal is to achieve peace and security in the Middle East, these words will remain hollow if an organization with a proven and indisputable record of murder and terrorism in Europe and around the world, and whose goal is to destroy the Jewish State, is allowed to act freely, recruit and raise funds unimpeded on the European continent.”

“I would urge you to prioritize the proscription of an organization whose aim is to derail security and stability in the region and beyond, and whose ongoing role will ensure that peace will not be achieved in the Middle East. This is the greatest contribution the European Union can make to US Secretary of State Kerry’s efforts, and the efforts of those who wish to see a restart of negotiations which will lead to a resolution of the protracted conflict,’’ Kantor added.