Israel Outraged At New E.U. Guidelines Which Require It To Accept Pre-1967 Borders 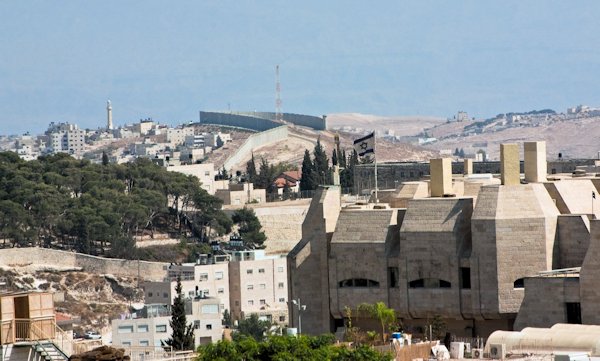 The government of Israel issued strong condemnations of new European Union guidelines which exclude EU funding for projects beyond the 1949 Armistice Line (Green Line). For all EU-funded projects from 2014, agreements with Israel must exclude East Jerusalem, the West Bank and the Golan Heights, territories that were conquered by Israel after the Jewish state was attacked by its Arab neighbors in June 1967. Israeli projects applying for EU funding will in the future be required to sign a clause to state that it will not apply to the occupied territories.

Prime Minister Benjamin Netanyahu issued a statement in which he said: “As prime minister of Israel, I will not allow the hundreds of thousands of Israelis who live in the West Bank, Golan Heights or our united capital, Jerusalem, to be harmed. We will not accept any external diktats about our borders. This matter will settled only in direct negotiations between the parties.”

Israeli Minister Silvan Shalom called the new guidelines a “big mistake” that cast doubt on the EU’s impartiality in the Israel-Palestinian conflict. “Europeans are making a big mistake once again. They always would like to play a key role in the peace process but once again they are showing us that they cannot play a key role because they don’t have a balanced attitude towards the Israeli-Palestinian conflict,” he told the BBC, adding: “If they would like really to help the peace process, they should not come with those decisions and those ideas. I would like to remind my friends the Europeans, that… the Israeli government in the past took many decisions to evacuate settlements and they didn’t need Europeans to show them what to do.”

Israel disputes that its settlements are illegal under international law, as the EU argues.

Peace talks stalled in 2010 over the issue of Israeli settlements. Palestinians are demanding a freeze on building in settlements as a pre-condition to return to talks, while Israel says talks should resume unconditionally.

The guidelines relate to grants, prize monies and other funding from the EU budget. A spokesman for the EU’s delegation in Tel Aviv told the ‘Associated Press’ that the “territorial applicability clause” would not affect Israel’s private sector, but rather bodies like research centers or non-governmental organizations.

Last December, EU foreign ministers adopted a common position which stated that “all agreements between the State of Israel and the European Union must unequivocally and explicitly indicate their inapplicability to the territories occupied by Israel in 1967, namely the Golan Heights, the West Bank including East Jerusalem, and the Gaza Strip.”

Moshe Kantor, president of the European Jewish Congress, declared: “On the eve of another visit to the region by US Secretary of State John Kerry in the hope of restarting negotiations, some in the EU have decided that now is a good time to throw a spanner in the works and inflame tensions between the parties. Additionally, while there is massive political and social instability and thousands being murdered all across the Middle East, the fact that this is where the EU chooses to display a show of strength indicates that there is a severe detachment from reality. This is doubly bizarre because the situation in the West Bank is maintained by signed agreements witnessed by the EU,” Kantor added.

The Palestinians, meanwhile, said the issuing of the guidelines was a positive step. “The EU has moved from the level of statements, declarations and denunciations to effective policy decisions and concrete steps which constitute a qualitative shift that will have a positive impact on the chances of peace,” said PLO member Hanan Ashrawi.