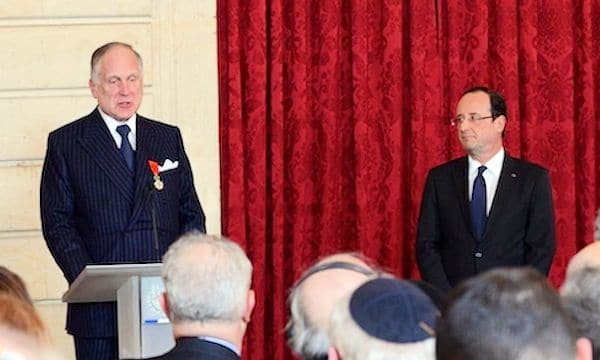 The foreign ministers of the 28 European Union countries agreed in Brussels on Monday to put the military wing of Lebanon’s Hezbollah on the EU list of terrorist organizations, in a major reversal of policy driven by concerns over the group’s activities in Europe. Referring to the Burgas terror attack against Israeli tourists on 18 July 2012, which is blamed on Hezbollah, British Foreign Secretary William Hague, who had initially proposed the decision: “When a terrorist attack takes place on European soil, there have to be consequences. Europe has to recognize that and face up to that.”

In support of its bid to impose sanctions, Britain also cited a four-year jail sentence handed down by a Cypriot court in March to a Hezbollah member accused of plotting to attack Israeli interests on the island.

To assuage fears that the new measures would further radicalize the Iranian-backed group and destabilize Lebanon, the EU is to keep a political channel open to Hezbollah, ministers said on Monday. Details of the terror list, including the persons that would be affected by it, is still to be crafted.

World Jewish Congress President Ronald S. Lauder welcomed the ministers’ unanimous decision and called it a “major breakthrough”. He said it was a “long overdue step that is very significant because it could help to dry up sources of funding for this organization in Europe.” Lauder added that although the distinction between a military and a political wing was an artificial one because Hezbollah had a single command structure, “it will nonetheless have a positive impact if strongly enforced by all EU member nations.”

The WJC president rejected the argument that blacklisting Hezbollah could lead to political destabilization in Lebanon. “The facts speak for themselves: It is Hezbollah that is destabilizing Lebanon by illegally maintaining a heavily armed paramilitary organization that threatens its neighbors. It is Hezbollah that is wreaking havoc in Syria by deploying thousands of fighters to support the Assad regime. It is Hezbollah that continues to plant bombs in many places around the world, including in Bulgaria last year. And it is high time that the world starts fighting these fanatics instead of placating them. The world did so with the Taliban in Afghanistan, and it has to do the same with Hezbollah in Lebanon. It is important that we stand united on this,” he said.

Lauder also thanked the British, German and French governments for having overcome initial hesitations and for taking a lead in the EU on this matter: “It was critical that the three biggest nations in Europe said ‘enough is enough’. We commend them for that.” Lauder had raised the issue in recent months with a number of European heads of government and diplomats.

The European Jewish Congress, which had also worked actively to persuade EU governments of the necessity to take this step, also welcomed the decision. EJC President Moshe Kantor expressed “hope that this will greatly dampen Hezbollah’s efforts to raise funds to finance its terrorist activities, recruit, plot and commit atrocities on European soil and beyond” and added that the “decision sends a message that Europe will no longer be a welcome territory for this murderous terrorist organization.”

Hezbollah was set up in Damascus by Iran in 1982 with the aim of fighting Israel after its invasion of Lebanon. Its involvement in the Syrian conflict is widely seen as a major factor helping President Bashar Assad to withstand a two-year popular uprising led by the Sunni Muslim majority against his rule.