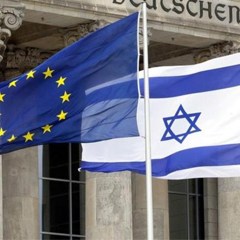 The European Jewish Congress (EJC) said new European Union guidelines banning Israeli entities beyond the Green Line from EU funding are ‘’harmful’’ as they ‘’preempt the results of recently re-launched negotiations between Israel and the Palestinian Authority.’’

In a full-page advertisement publioshed in Monday’s edition of the Financial Times, EJC President Moshe Kantor called the guidelines ‘’discriminatory’’ and said they would ultimately hurt Europeans, Israelis, Palestinians ‘’but most of all, the prospects for peace.’’

The advert came as a group of 15 former European leaders signed a letter to EU foreign policy chief Catherine Ashton urging her not to soften or delay the new guidelines slated to take effect on January 1, 2014.

‘’This letter is a danger to peace as it hands one side a political victory without having to compromise and deepens the Palestinian feeling that they can gain more outside of negotiations than in them,’’ Kantor said.

“What makes the situation far worse is that the European Union is abrogating agreements that it signed and witnessed,” Kantor continued “The Oslo Accords, the basis for the peace negotiations, specifically stipulated that the current status of the territories, and its residents, will not be changed or harmed ahead of final status negotiations, to which the parties have recently returned.”

‘’The territories, captured during a defensive war, from Jordan, itself an occupier, were never an independent sovereign entity.”

According to the EJC, ‘’the desire for the EU to score political points seemed to outweigh the direct economic considerations of European citizens as well as undermining the financial building blocks so necessary for sustainable peace’’.

The EJC also pointed out the potentially catastrophic economic effects of the guidelines on the daily lives of Palestinian families where 22,500 breadwinners are employed in Israeli institutions and businesses over the Green Line. These Palestinians receive almost double the pay working in these enterprises and institutions that they receive working in the Palestinian Authority.

‘’Furthermore, Europeans stand to lose if the guidelines remain in place as Israel has been recognised by the European Union as being at the forefront of global innovation and research and development. Israel’s medical technology has saved countless European lives, assisted our technological growth, increased our crop production and ensured alternative energy sources,” Moshe Kantor said.

“It is time to place the good of Europe and Europeans, Israelis and Palestinians, and the potential for peace in the Middle East above politics,” he added.

European and Israeli high level delegations met twice last week both in Jerusalem and Brussels as part of negotiations on Israel’s participation in the EU’s flagship Horizon 2020 programme, a 80 billion euro research and innovation project aimed at securing Europe’s global competitiveness as part of the drive to create new growth and jobs.

Before deciding on its participation in this programme by mid-November, Israel is seeking clarifications and flexibility from the EU on the new guidelines that caused a storm in Jerusalem.

The guidelines, published in July, require any future agreements between Israel and the EU (such as the participation in Horizon 2020) to include a clause in which Israel accepts the European Union’s position that all territory over the Green Line does not belong to Israel, including the West Bank, East Jerusalem and the Golan Heights, a requirement that is contrary to the Israeli government policy.