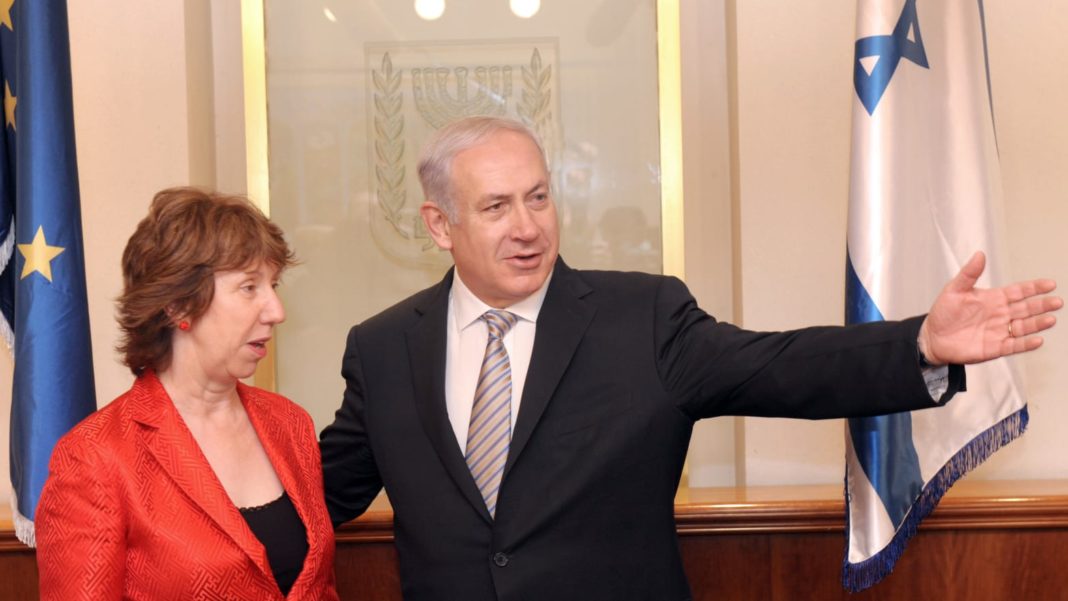 EJC chief decries letter as danger to peace process, which “hands one side a political victory”

US Secretary of State John Kerry called earlier this month for a delay in the implementation of the directive, which would see an end to EU financial assistance to Israeli organizations in the West Bank, East Jerusalem and Golan Heights.

Army Radio said that the angry Israeli response to the guidelines had taken some in Europe by surprise, and that while no one had expected Israel to accept the move without some reaction, the ferocity was unanticipated.

The letter by the group, which includes former NATO secretary-general and Ashton’s predecessor at the EU Javier Solana and former Spanish foreign minister Angel Moratinos, also called for the guidelines to be enforced with regards to Horizon 2020 – a 80 billion euro R&D project whose Israel involvement was called into question following the announcement of the guidelines.

Responding angrily to the letter, European Jewish Congress President Dr. Moshe Kantor on Monday called it “a danger to peace as it hands one side a political victory without having to compromise and deepens the Palestinian feeling that they can gain more outside of negotiations than in them.”

In a full-page advert in Monday’s Financial Times, Kantor said the letter was discriminatory, and would ultimately harm the success of peace efforts currently underway for the first time in three years.

“From the well over one hundred territorial disputes in the world, the European Union has mandated the creation of a clause in every agreement denying European funding to, and cooperation with, institutions from only one nation involved in a territorial dispute: Israel,” Kantor wrote.

“What makes the situation far worse is that the European Union is abrogating agreements that it signed and witnessed,” he said. “The Oslo Accords, the basis for the peace negotiations, specifically stipulated that the current status of the territories, and its residents, will not be changed or harmed ahead of final status negotiations, to which the parties have recently returned.”

Deputy Defense Minister Danny Danon also accused the former EU officials of harming the peace process. “Former European officials never cease to amaze,” he said. “They have crossed the line of criticism of the State of Israel. I expect the European leadership to condemn this move.”

Ashton said last month that the guidelines were simply “putting down on paper what is currently the EU position.”