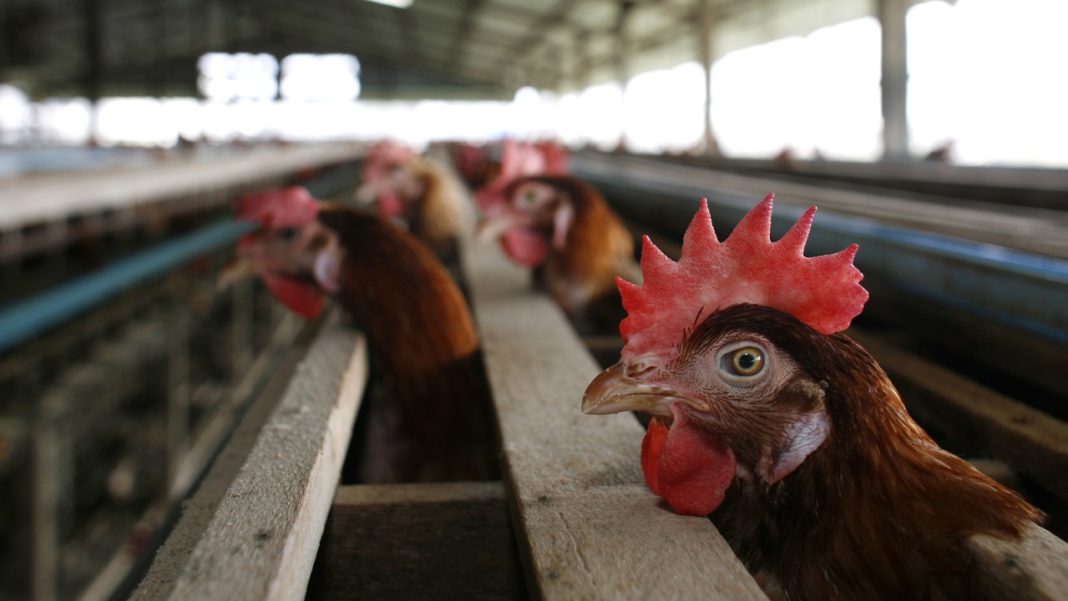 Poland’s Jewish and Muslim communities are awaiting the outcome the latest attempt to reverse the ruling by the constitutional court that brought back into effect a 1997 law against religious ritual slaughter.

It is an issue being watched closely not only by the two faith communities, but also by the animal rights activists that campaigned for the ban on ritual slaughter as well as Poland’s meat industry, which reportedly has incurred huge financial damage because of lost domestic sales and, moreover, lucrative exports.

After the initial Polish legislative ban, years of campaigning produced a decree by the Polish agricultural ministry in 2004 allowing an exception to permit ritual slaughter – shechita in the Jewish tradition, dhabiha in Islam.

For Jews and Muslims, ritual slaughter of animals is a core element of dietary laws. The rules of shechita, the slaughter of kosher animals, are extremely comprehensive and require that practitioners undergo rigorous training before being licensed. As a first principle, Jewish law not only forbids cruelty to animals but also requires that when slaughter takes place, it is done in a way that is compassionate – if an animal suffers in death, this is one of the grounds that will render it not kosher.

Up against the teachings and practices of Judaism and Islam, however, have come the campaigns by animal rights groups, who cite scientific studies that ritual slaughter – which by definition omits the prior stunning of the animal as generally required by European Union law – is cruel.

EU law is of great significance in the matter. The European Convention for the Protection of Animals for Slaughter, which came into effect on January 1 2013, allows for the exception that a member state may allow derogations, in this case from stunning, where slaughter is taking place in accordance with a religious ritual.

There are similar exemptions in a number of EU countries and elsewhere in the world. But in Poland, the story has been different, with dramatic implications for religious communities, business and foreign relations.

In finding the ritual slaughter required for kosher and halal dietary laws unconstitutional, Poland’s constitutional court in turn found itself at the centre of controversy at home and abroad, even if one allows for the probability that finding in favour of Jewish and Muslim practices would hardly likely have stopped animal rights campaigners.

Polish president Bronislaw Komorowski was among those to criticise the ban on ritual slaughter, referring to a wider “crisis of tolerance” in Europe. Another critic of the ban is Poland’s prime minister, Donald Tusk.

On a legal point, Piotr Kadlcik, president of Poland’s Union of Jewish Communities, said the return of the ban appeared to contradict a 1997 Polish law on relations between his union and the Polish state.

“Banning ritual slaughter was a cardinal mistake with huge consequences,” Witold Choinski, the head of Polskie Mieso, said after the court ruling.

However, at the time of the Polish constitutional court November 2012 decision, there was some belief that the issue would resolve itself because the court ruling would coincide with the coming into effect of the European Convention that allows exceptions.

Stanislaw Kalemba, Poland’s agriculture minister, told Polish radio after the court ruling, “there will be no doubt about this as of January 1”.

But the months since then have seen nothing close to resolution of the issue.

By June 2013, there were reports of thousands of jobs at risk as Poland lost out on exports to countries including Israel, Turkey and a number of Arab states, to say nothing of other EU countries.

Speaking in the Polish parliament in July, agriculture minister Kalemba said that exports to Israel, Turkey and Muslim countries had dropped by about 70 per cent on an annual basis in 2013.

However, the same month saw Polish MPs reject an attempt by the Tusk government to legislate an exemption for the ban, in in a 222-178 vote as more than 40 members of the ruling Civic Platform (PO) joined the opposition to vote against it, in a blow to Tusk, the Warsaw Voice reported at the time. While MPs were debating and voting on the amendments, animal rights groups rallied in their hundreds outside for the full ban to remain in law.

Poland’s chief rabbi Michael Schudrich said, in a joint statement with Piotr Kadlcik, president of the Union of Jewish Communities of Poland, that the result of the vote in parliament “was a shock to us”. “It directly infringes on the basic rights of the country’s Jewish and Muslim populations, which will henceforth be forced to either buy more expensive imported meat, or endorse an enforced vegetarianism,” he said, the Warsaw Voice reported.

Israel’s foreign ministry responded with a strongly critical statement after the vote in parliament, an outcome that it described as “totally unacceptable”.

“Israel is disappointed by the Polish parliament vote to forbid an important religious ritual which has been common practice among millions of Jews since ancient times,” the ministry said.

The ministry said (in a note that Tusk subsequently described as “inappropriate”) that the decision seriously harmed the process of restoring Jewish life in Poland after World War 2, when most Polish Jews were killed in the Holocaust.

“We call on the parliament to reassess its decision and expect the relevant authorities to find the way to prevent a crude blow to the religious tradition of the Jewish people,” Israel’s foreign ministry said.

While Tusk said that he would not again attempt legislating an exemption for religious ritual slaughter, he appointed a committee headed by Polish administration minister Michal Jan Boni to find a way to resolve the issue.

Visiting Jerusalem in August, president Komorowski assured his host and counterpart Shimon Peres that he would act to ensure that the Jewish community could preserve its customs and traditions in Poland.

The same month, Polish foreign minister Radoslaw Sikorski told a European rabbinical delegation that Poland’s government ‘’is determined to find a solution that would allow Jewish ritual slaughter to continue in the country.’’

‘’The government will work to preserve the complete religious freedom of the Jews in Poland,’’ he assured the rabbinical delegation, according to a report by the European Jewish Press.

‘’The Polish government will operate on all levels to reach a solution as quickly as possible,’’ he declared during a meeting Tuesday in Warsaw with the delegation of the Rabbinical Centre of Europe led by Rabbi Binyomin Jacobs, Chief rabbi of the Interprovincial Chief Rabbinate in Holland.

An August report in the Krakow Post said that in spite of the ban, the Jewish community in Poland was continuing the practice of ritual slaughter on a small scale.

Yitzchak Horowitz, who practises Jewish ritual slaughter in Krakow and owns the Olive Tree restaurant in Kazimierz, was quoted as saying: “The slaughter for the benefit or the local community continues, however, if further steps aren’t taken soon to overturn the decision to ban ritual slaughter, I’m afraid that this will be stopped soon as well.”

Hayssam Obeidat, of the Muslim Community Centre in Krakow, said: “This decision creates enormous difficulties for the Muslim community in Poland. Since the beginning of the ban on ritual slaughter, many Muslims had to stop eating meat or buy it in Germany, Hungary or Slovakia. This is a very big additional expense for them… Personally, I am going to Berlin to bring back halal meat for myself and for a few of my friends. I hope that the Polish government will reconsider the issue again soon.”

The issue has seen Poland’s Jewish and Muslim communities, respectively estimated to number about 20 000 and 50 000 people, standing together.

Jonathan Ornstein, the executive director of Krakow’s Jewish Community Centre, and Dr. Hayssam Obeidat, director of the Islamic Centre, issued a joint open letter in late August saying their “communities stand united and call on the Polish government and the Supreme Court if necessary to ensure that we have the right to ritual slaughter and can practice our traditions as Poland and the European Union allow.”

By early September, it became clear that both Jewish and Muslim representative bodies would be lodging court action to have the constitutional court November 2012 ruling overturned.

On October 1, the European Jewish Association filed a formal legal request to the Ombudswoman of Poland, Irena Lipowicz, to approach the constitutional court on the matter. The basis for the argument in the request was that animal rights legislation could not override civil rights enshrined in the constitution.

There also has been support for an exemption for religious ritual slaughter from senior members of Poland’s majority Roman Catholics.

In late September, the Presidium of the Conference of the Polish Episcopate said out “that throughout our long history Polish legislation never questioned the right to religious freedom”.

As reported by the European Jewish Press, the statement said that the body shared “the view that Jewish religious communities and believers of Islam are entitled to preserve and implement their fundamental rights to freedom of religion and worship. It is their right to preserve their customs, including the ritual slaughter of animals.”

The support of the Polish Catholic Bishops’ Conference for the campaign to overturn the ban on religious slaughter in Poland was “highly significant and warmly welcome,” Ronald S. Lauder, president of World Jewish Congress, said in response.

“We appreciate this statement, and we will hope that it will lead Polish legislators to revert the wrong decision they took in July,” Lauder said.

But while the faith communities were campaigning, animal rights activists were not letting down their guard either.

Animal rights activists disrupted the start of the Islamic Feast of the Sacrifice or Kurban Bayram in Bohoniki, north-eastern Poland, as it involved the recently banned slaughter of conscious animals, the Warsaw Voice reported on October 16.

The previous week, Polish Muslim leader, Mufti Tomasz Miskiewicz, said that the ritual slaughter of six animals would be carried out on the first day of the four-day Feast of the Sacrifice.

Animal rights activists told reporters that they had notified prosecutors about the possibility of illegal activity.

And meanwhile, the focus turned briefly to Lithuania, when the Baltic EU member state debated legislation on exempting shechita from a ban on animals being conscious at the point of being slaughtered.

Tabled by a ruling party MP, Vytautas Gapsys, the bill was approved by a 51 to two vote, with seven abstentions, at a sitting of Lithuania’s 141-seat parliament.

Moshe Kantor, President of the European Jewish Congress, the Lithuanian vote ‘’sends a very welcome signal that the tide may be turning against those who seek to ban and proscribe Jewish traditions in Europe.’’

“Freedom of religion is one of the EU’s founding pillars and those who fight against it are compromising the principles of tolerance and mutual respect which the new Europe is supposed to be built upon,’’ Kantor said.