Survey: 29% Of European Jews Considered Emigrating Due To Anti-Semitism 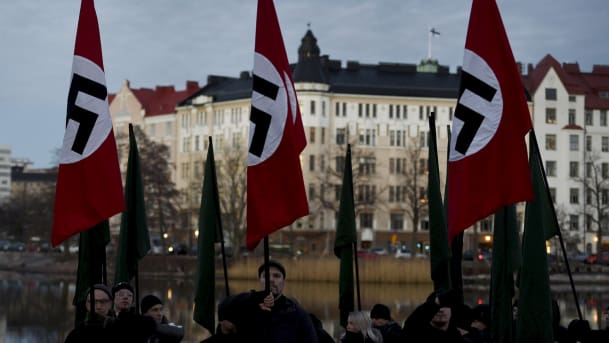 Nearly a third of respondents to a survey on anti-Semitism in Europe said they “seriously considered emigrating” because of perceived anti-Semitism.

In the survey among 5,847 Jews from nine European Union member states, 29 percent of all respondents said that they considered emigrating in recent years because they did “not feel safe” living in their countries as Jews, according to Morten Kjaerum, the director of the European Union Agency for Fundamental Rights which conducted the research among Jews from Sweden, France, Belgium, Britain, Germany, Italy, Hungary, Romania and Latvia.

The figure for Jews contemplating emigration was particularly high in Hungary, France and Belgium with 48, 46 and 40 percent respectively, according to the report which Kjaerum presented Friday at a press conference in Vilnius.

On average, 76 percent said anti-Semitism has increased over the past five years. One in five respondents said they had personally experienced at least one incident of anti-Semitic verbal or physical assault in the year before the survey.

Twenty percent of respondents said they avoided wearing, carrying or displaying things that might help people identify them as Jews in public. That figure was 34 percent in Sweden; 29 percent in France; 20 percent in Hungary and eight percent in Britain.

European Jewish Congress President Moshe Kantor said the survey was “of great importance,” adding that the fact that “Jews are not able to express their Jewishness because of fear should be a watershed moment for Europe. He called on E.U. governments to study the survey’s results.

Overall, four percent of respondents said they had experienced physical attack or threats of violence in the year before the survey because they were Jewish.

Sixty-four percent of respondents who said they had experienced physical attacks also said that they did not report these incidents because they considered doing so ineffective.