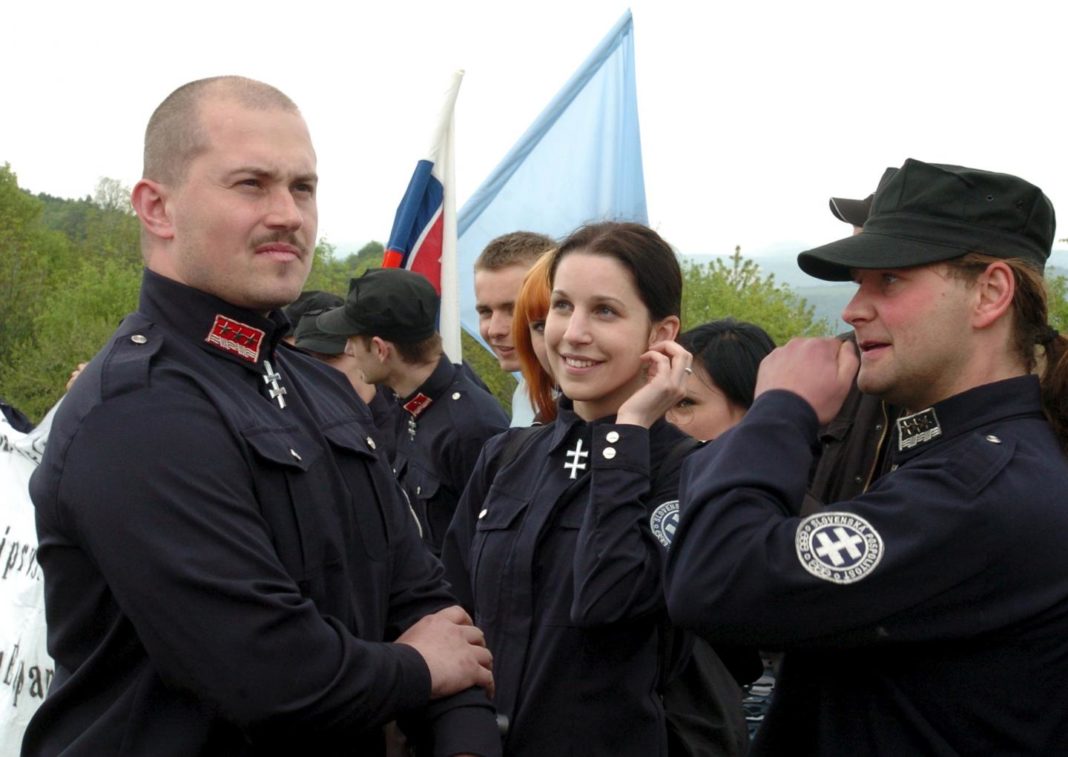 A neo-Nazi won a regional election in Slovakia.

Marian Kotleba, who won 55.5% of Saturday’s vote in the run-off against Vladimir Manka from the Social Democrat party, will lead the government in the central region of Banska Bystrica.

He was leader of the Slovak Togetherness-National Party, a banned extreme-right organization which had expressed sympathy for the Nazi puppet state which ruled Slovakia during World War II.

The former teacher, who today heads the extreme-right People’s Party Our Slovakia. has called for Slovakia to withdraw from NATO, which his party brands a “terrorist” organisation.

Of Slovakia’s other seven regions, six were won by the Social Democrats, the party of Slovakin Prime Minister Robert Fico.

“The neo-Nazis are gaining many political victories and are using the democratic system against democrats,” Kantor said.

“Democracy has to fight back and European officials should immediately create a plan of action, including the proscription of neo-Nazi political parties, to deal with this phenomenon before it is too late. We hope the Greek model of suspending state funding for the Golden Dawn party, and the revocation of parliamentary immunity for its members will be enacted elsewhere in Europe and form the basis of the opposition.”