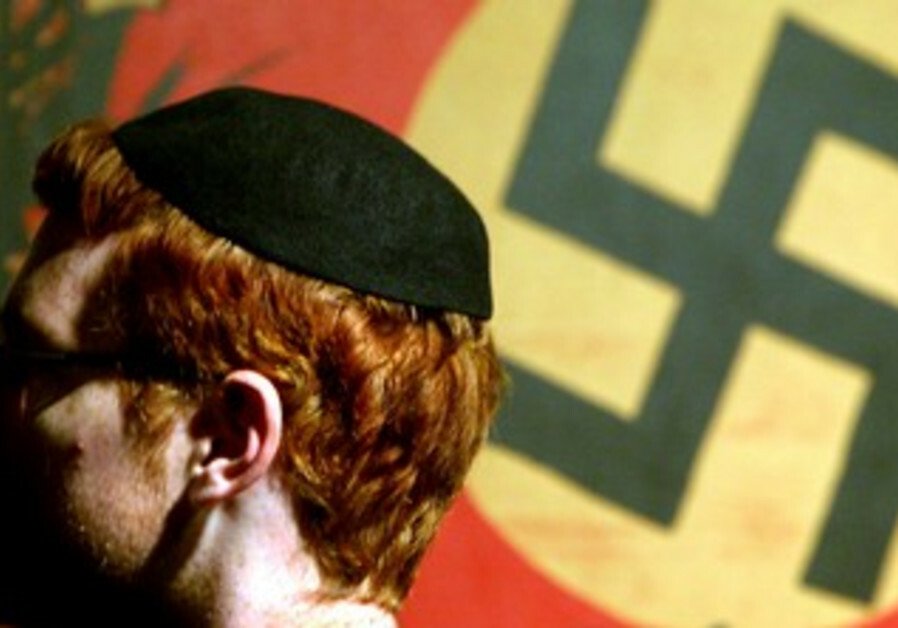 EU’s Fundamental Rights Agency dropped the definition and is now unable to define the term, the agency informed.

The Foreign Ministry called on the EU’s Fundamental Rights Agency to return a working definition of “anti-Semitism” to its website, after removing it last month.

The agency dropped the definition and is now unable to define the term, the agency informed JTA on Tuesday.

“We are not aware of any official definition [of anti-Semitism],” spokeswoman Blanca Tapia was quoted as saying by JTA.

In its 2012 “Who we are” booklet, the agency listed “Define areas of work” among its tasks, but Tapia told the wire service that the agency “has no mandate to develop its own definitions.”

In 2008, the agency published a document that contains definitions for homophobia and transphobia.

Tapia said, however, that the agency had defined neither and used “international standards” that “contain definitions, terms and concepts.”

The working definition was adopted by the European Monitoring Center on Racism and Xenophobia – the EU entity subsequently replaced by the FRA. It had been adopted by several countries, according to Prof.

Dina Porat, who heads the Kantor Center for the Study of Contemporary European Jewry at Tel Aviv University and is chief historian at Yad Vashem.

Calling the removed definition “very good,” Foreign Ministry spokesman Paul Hirschson told The Jerusalem Post on Thursday that after learning that it had been removed from the website, the Israeli embassy in Vienna initiated contact with the FRA in order to request its return.

“It’s not acceptable,” Hirschson said. “Even if it is a [nonbinding] recommendation, it does set a standard and people were paying attention to… we have said to them that we would like very much for them to return this.”

Several Jewish organizations have also critiqued the FRA over the definition’s removal, stating that they believed it to have created a baseline for the study of anti-Semitism whose absence would harm efforts to combat rising levels of anti-Jewish sentiment on the continent.

A report issued by the agency last month indicated that nearly a third of respondents to a survey on anti-Semitism in Europe said they “seriously considered emigrating” because of perceived anti-Semitism.

“The absence of an accurate definition of anti-Semitism, which includes the vilification of Israel and falsely comparing Israel to the Nazis, will only encourage our enemies all over the world to intensify their efforts to delegitimize the Jewish state,” Dr. Efraim Zuroff, the Simon Wiesenthal Center’s Jerusalem director, told the Post.

According to Robert Singer, the CEO of the World Jewish Congress, without clearly defined parameters on what constitutes anti-Semitism “it will be difficult to combat this growing phenomenon in Europe. The shocking results of the survey about anti-Semitism in Europe, released last month by FRA, show that the EU needs urgently to address this matter.”

The decision to remove the definition is “inexplicable in light of [the FRA’s] own report, which only one month earlier noted record high levels of anti-Semitism across Europe,” the Israeli Jewish Congress stated.

“The Israeli-Jewish Congress will continue to work with our partners in the European Jewish community, the Knesset and European Parliamentarians to push for an urgent, unequivocal and legally binding definition of anti-Semitism in Europe,” a spokesman said.

The lack of a common definition, said European Jewish Congress president Dr. Moshe Kantor, sends a “troubling message to those who were against the definition that they, the haters, are able to define the scope of their hate.”

The FRA believes that the JTA misrepresented Tapia’s statements and selective quoted answers sent to the wire service in an email, the organization’s Katya Andrusz told the Post.

Asserting that the FRA’s critics have misunderstood the organization’s move due to the JTA report, Ioannis N. Dimitrakopoulos, the Head of the FRA’s Equality and Citizens’ Rights Department, told the Post that the definition was “basically a guide to collectors of primary data.”

Primary data gatherers, he said, are police, NGOs, local governments and Jewish organizations, each of which has a different definition of anti-Semitism.

“We don’t collect incidents and we don’t receive complaints.

So what we do is we apply whatever definition is applied by the primary data collectors.

So we get and put in our publication[s]… the numbers from CRIF [Conseil Représentatif des Institutions Juives de France], for instance, the Jewish organization in France or from the Community Security Trust in the UK. We follow definitions, which differ,” he said.

The fact that many considered the FRA definition to be binding was precisely “what was wrong” with it, he said.

“The FRA survey allowed Jews as victims to define anti-Semitism, not governments or anyone else. To continue bleating about the definition is not relevant,” he wrote the Post in an email. “The EU never adopted the definition nor did its authors ask them to. It was written to guide law enforcement and NGOs in response to concerns that some couldn’t differentiate incidents.”

The International Council of Jewish Parliamentarians held its first meeting with US Rep. Eliot Engel (D-NY) at the helm this week, where it heard a briefing from US State Department Special Envoy to Monitor and Combat Anti-Semitism Ira Forman.

Forman told the ICJP that anti- Semitism has become “dramatically worse in the last decade” around the world and that the US is specifically watching France, Hungary and Venezuela closely and finds it “critical” to stop European assaults on religious freedom, such as attempts to ban male ritual circumcision.

The ICJP Steering Committee, which included lawmakers from Israel, Hungary, Ukraine, Belgium, France, Costa Rica, Canada and the US met in New York and Washington DC, where they released a resolution calling on the EU Fundamental Rights Agency “to follow up on the disturbing findings [of the ‘Discrimination and Hate Crime Against Jews in EU Member States’ report] by publishing and disseminating information about EU and national laws and efforts which are supposed to protect the Jewish people and other minorities from discrimination.”