My Homeland Is Within My Soul 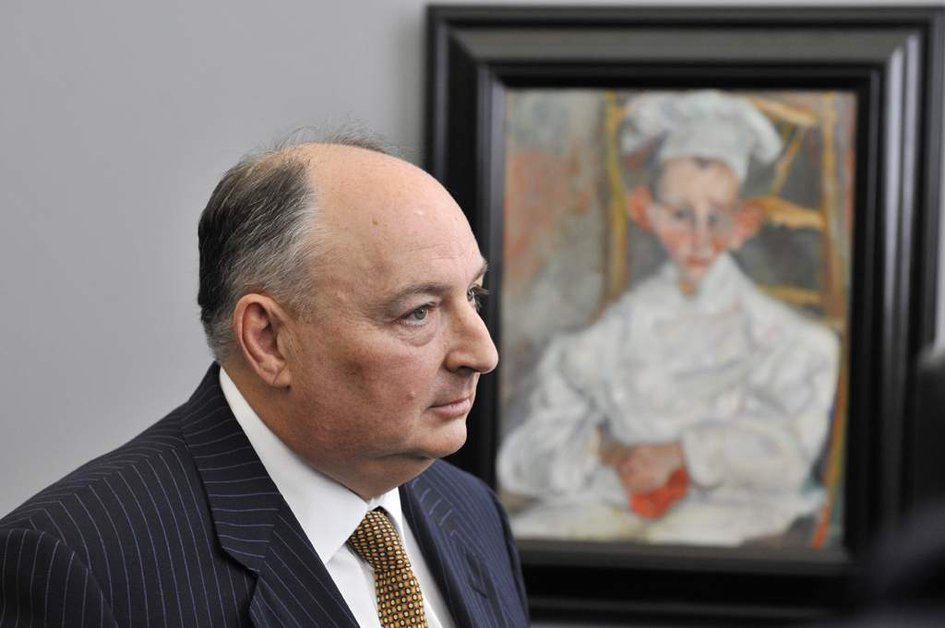 A new exhibit at the Pushkin Museum of Fine Arts in Moscow pays tribute to the contribution of Jewish artists to Russian culture.

Special to the Jerusalem Post Innovation, creativity and subversion stand at the heart of “My Homeland Is Within My Soul,” works from the Museum of Avant-Garde Mastery (MAGMA) currently on display at the Pushkin Museum of Fine Arts in Moscow.

MAGMA was set up on the basis of the collection of Russian Jewish businessman Viatcheslav Moshe Kantor and runs the course of the 20th Century, starting from artists from the School of Paris, such as Marc Chagall – whose eponymous poem was the inspiration for the title of the exhibition – and Chaim Soutine; through non-conformist artists of the late Soviet period, such as Erik Bulatov and Viktor Pivovarov; and up to modern masters such as Mark Rothko and Lucian Freud.

Almost all of the works on display are by Jewish artists born in the realms of the Russian Empire; what unites them are their links to Russia and Russian culture. A notable exception is Lucian Freud, whose Portrait of Ali and Guy Half Asleep, while worthy additions to any collection, seem incongruous, although they certainly fit in with the final part of Kantor’s declared aim of collecting art that is “very Russian, very Jewish and very exceptional.”

One of the striking things about the exhibition is the strong symbolic and emotional connection the collector feels toward the works. Collecting is a means of self-expression, writes Kantor, adding that he wanted to show through a choice of pictures the contribution Jewish artists have made to European and Russian culture.

Particularly powerful, I found, were the works of the Russian artists of the Soviet period. Outstanding among them were the works of Bulatov, one of the founders of the Moscow Conceptual School, whose work illustrates the absurdity of a reality overflowing with symbols of Soviet propaganda.

This can be clearly seen in the 1972 work Horizon, his most well-known, where a red Soviet ribbon cuts through and cuts off the horizon of a group of young men and women walking on the beach. The bathers in the painting, reminiscent of the style of American social realist painter Edward Hopper, are trapped in a restricted area and blocked from the infinite dimension of the sky above. Bulatov relates how the idea for the painting came to him when a red girder blocked his view of the sea from his hospital room. The blocked horizon symbolizes for him a “tragic lack of freedom from society.”

Another, later work by Bulatov, I live, I see, juxtaposes landscape and text, a favorite technique of the artist. In this painting, the text narrows the viewer’s perspective, leading from a wide personal space to a narrow horizon.

Bulatov describes the landscape and text as being in contradiction and confrontation with each other. Words, he says, give the impression that the landscape is a mere pictorial representation and destroy the illusion of reality. Conversely, he adds, the landscape shows words to be no more than artificial constructs.

Wet Hair from the series “Lemon Eaters” by Viktor Pivovarov, another of the leaders of the Moscow Conceptualists, also appears to take inspiration from American Social Realism of the 1930s. Pivovarov depicts a scene of scarcity: A woman stands, in a sparse, empty room, her head bowed, looking down over a street and observing the city, rather than out at the horizon; a table is laid out with black bread, a bottle of milk or vodka and an empty glass, hinting at the daily rations of Soviet life.

Bulatov, Pivovarov and the other non-conformists on display at MAGMA were all artists seeking to express themselves freely, rather than follow ideological dictates.

Kantor says Bulatov was the starting point for his collection of modern art and indeed, perhaps more than any of the artists on display, it is the non-conformists who transcend boundaries and create the world of tolerance and open horizons that the collector seeks to promote.