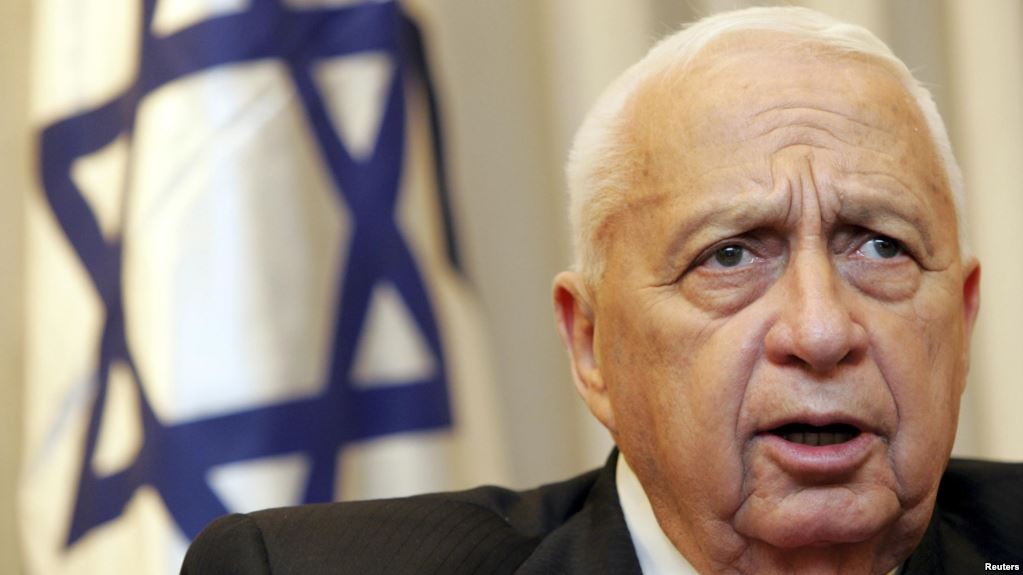 Jewish organizations from across the political and religious spectrum issued statements of mourning praising the moral and political courage of former prime minister Ariel Sharon.

Highlighted in the outpouring of grief from Jewish leaders worldwide were acknowledgments of Sharon’s controversial legacy as both a battlefield commander and political leader.

“He was excoriated by Israelis on the Left and Right alike,” Rabbi Steven Wernick of the United Synagogue of Conservative Judaism said. He called Sharon’s legacy “vast and complex.”

“Many Israelis may fault one or another of Sharon’s political or military decisions,” World Jewish Congress President Ronald Lauder said, “but probably no single individual fought harder to safeguard Israel.”

“While many people think of Sharon as extremely hard, strong and tough, the Ariel Sharon I knew was very warm and had tremendous sensitivity, especially for his friends,” Lauder said.

Rabbi Rick Jacobs of the Union for Reform Judaism praised the former prime minister for his “courage to constantly assess his stated positions, always with an eye toward pragmatism and concern for his beloved Israel.” However, he added, despite being one of “Israel’s greatest military strategists,” Sharon’s “military prowess did not always serve him well.”

Sharon’s role in promoting the 1982 invasion of Lebanon and his “actions that played a role” in the deaths of innocent civilians at Sabra and Shatilla were “terribly misguided,” Jacobs said.

Praising Sharon’s 2005 disengagement from the Gaza Strip, Jacobs said that as a leader he was able to make “hard decisions that upended Israel’s political landscape.”

“Through his steadfast leadership, and and policies that were often controversial yet always with Israel’s best interests at heart, prime minister Sharon helped his people emerge from a difficult period of suicide bombings and violence by providing pragmatic responses to the duel challenges of terrorism and security,” Abraham H. Foxman and Barry Curtiss- Lusher of the Anti-Defamation League said.

“His legacy is a more secure State of Israel, safe on its borders and resolved to put an end to the campaign of Palestinian terrorism once and for all. It is not only Israel, but the Jewish people, the US, and the international community who have lost a towering figure who offered hope to his people and the region,” the ADL leaders said.

The Zionist Organization of America took a different view, saying that it is “tragic” that the reputation of such “a courageous and brilliant military hero and Jewish patriot” is tainted by the unilateral withdrawal from Gaza and northern Samaria, which forcibly uprooted 10,000 Jews from their homes and thriving communities.”

Leaders of the Conference of Presidents of Major American Jewish Organizations recalled “a decadeslong close relationship” with Sharon.

According to Conference Executive Vice Chairman Malcolm Hoenlein and chairman Robert Sugarman, Sharon “never missed an opportunity to meet with the Conference and address us” and “always went out of his way to discuss and take into consideration the views of the diaspora community.”

Polish Chief Rabbi Michael Schudrich stressed “a person may agree or disagree with his political views, but we all mourn the loss of a Jew dedicated to his people.”

David Harris, executive director of the American Jewish Committee, recalled a “warm and welcoming” Sharon who held “many fruitful exchanges” with his organization.

“Sharon worked his entire life for the unity of the Jewish people. He was closely connected with Jewish communities around the world, and acutely aware of their needs and aspirations,” Jewish Federations of North America President Jerry Silverman and board chairman Michael Siegal said. “In all his leadership roles, and especially as prime minister of the Jewish state, Sharon engaged with Jewish communities across the Diaspora.”

“He was a warm friend of the Jewish people of South Africa whom he visited on a number of occasions prior to becoming a prime minister,” President of the SA Jewish Board of Deputies Zev Krengel said.

When he was prime minister, Sharon came up with the idea for the Masa program, which has brought thousands of young Diaspora Jews to Israel to study, work or volunteer for up to a year. “We must set a goal that every young Jew will live here at least one year during their lifetime,” he said.

Sharon’s last public appearance was a meeting with MASA participants in which the he urged them to immigrate, according to former Jewish Agency spokesman Michael Jankelowitz.

“More than anything else, we need you to come live in Israel,” Sharon said at the meeting.

He was instrumental in creating homes for the massive wave of Russian immigration to Israel following the collapse of the Soviet Union, overseeing the construction of 144,000 housing units.

“His efforts to house and absorb the nearly one million Russian-speaking Jews who arrived in Israel in the 1990s will forever be appreciated,” Lauder said.

Recalling Sharon’s statement that he was “a Jew first and an Israeli second,” Jewish Agency chairman and former Soviet dissident Natan Sharansky said that the late premier “invested tremendous effort in strengthening Jewish identity, increasing aliya, and combating anti-Semitism around the world. He will be remembered as a true friend of the Jewish Agency, as a military man, a leader of Israel, a statesman, and a genuine partner of world Jewry.”

Leaders of the Conference of Presidents of Major American Jewish Organizations recalled “a decadeslong close relationship” with the former prime minister.

Sharon “never missed an opportunity to meet with the conference and address us,” and “always went out of his way to discuss and take into consideration the views of the diaspora community,” according to Conference Executive Vice Chairman Malcolm Hoenlein and Chairman Robert Sugarman, Sharon “valued his role not only as prime minister of Israel but also as a leader of the Jewish people,” they said.

The European Jewish Congress and its affiliated communities mourned the passing of Sharon.

“Sharon was a leader who acted first and foremost in the best interests of his country and its people. A fighter for his country in times of war and a fighter for peace. He will be remembered as someone who played an important and dramatic role in many of the most memorable moments in the history of the State of Israel.” EJC President Dr. Moshe Kantor said.

European Jewry will remember Sharon as a passionate Zionist and Jew. European Jewry mourns his loss and sends condolences to his family and to all citizens of the State of Israel, Kantor said.

“He was a warrior who became a man of peace,” Sacks said.

“He lived the Zionist dream as farmer, soldier and statesman, always mindful of the tremendous responsibilities cast his way on the battlefield or at the diplomatic table,” B’nai B’rith International Executive Vice President Daniel S. Mariaschin said.