Sharon: ’A Leader Who Acted First And Foremost In The Best Interests Of His Country And Its People’ 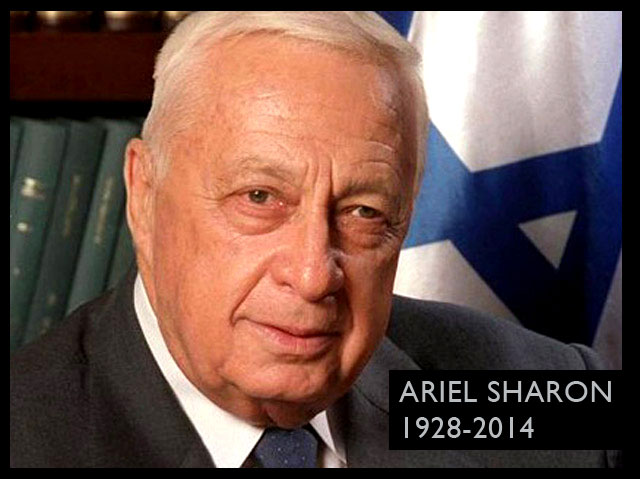 The World Jewish Congress (WJC) mourned the passing of Ariel Sharon, Israel’s former prime minister and one of the great military strategists of the 20th century.

”I spent many hours with Sharon on his farm and learned what a true patriot he was,” said WJC President Ronald S. Lauder.

“Nobody knew the land of Israel better than he did. The love he showed for Israel was truly unique. He knew that when Jewish security was a stake, there was no compromise,’’ he added.

“Many Israelis may fault one or another of Sharon’s political or military decisions,” Lauder continued, “but probably no single individual fought harder to safeguard Israel.’’ ‘

‘’In a climate of fierce debate, he did what he thought was right for his country, whether it was his brilliant encirclement of Egyptian troops during the Yom Kippur War or the withdrawal from Gaza. His tank maneuvers will be studied as long as there are military colleges. His efforts to house and absorb the nearly one million Russian-speaking Jews who arrived in Israel in the 1990s will forever be appreciated,” Lauder said.

The Anti-Defamation League (ADL) described Sharon as ‘’a towering statesman and military veteran whose courageous leadership earned him the support and respect of a wide swath of the Israeli public and the international community.’’

Barry Curtiss-Lusher, ADL National Chair, and Abraham H. Foxman, ADL National Director issued the following statement:‘’In the wake of the Second Intifada, Mr. Sharon fulfilled the desire of the majority of the Israeli people for a leader who gave them both a sense of security and hope for peace. Never giving in to terrorism or ceasing his demand that Palestinian leaders had to assume responsibility for preventing terrorism, Mr. Sharon also understood that Israel’s future as a Jewish democracy required a courageous unilateral initiative to permanently disengage both troops and settlements from the Gaza Strip. This was a difficult and defining moment in Israel’s history.’’

‘They added: ‘’Through his steadfast leadership, and his courageous advocacy of positions and policies that were often controversial yet always with Israel’s best interests at heart, Prime Minister Sharon helped his people emerge from a difficult period of suicide bombings and violence by providing pragmatic responses to the duel challenges of terrorism and security.’’

‘’His legacy is a more secure State of Israel, safe on its borders and resolved to put an end to the campaign of Palestinian terrorism once and for all. It is not only Israel, but the Jewish people, the U.S., and the international community who have lost a towering figure who offered hope to his people and the region.’’

The European Jewish Congress (EJC) said Sharon was ‘’a leader who acted first and foremost in the best interests of his country and its people.’’

‘’A fighter for his country in times of war and a fighter for peace. He will be remembered as someone who played an important and dramatic role in many of the most memorable moments in the history of the State of Israel,” said EJC president Dr. Moshe Kantor.

‘’Sharon will be remembered by European Jewry as a passionate Zionist and Jew. European Jewry mourns his loss and sends condolences to his family and to all citizens of the State of Israel.’’