Sharon Recalled As A Warrior And Peacemaker 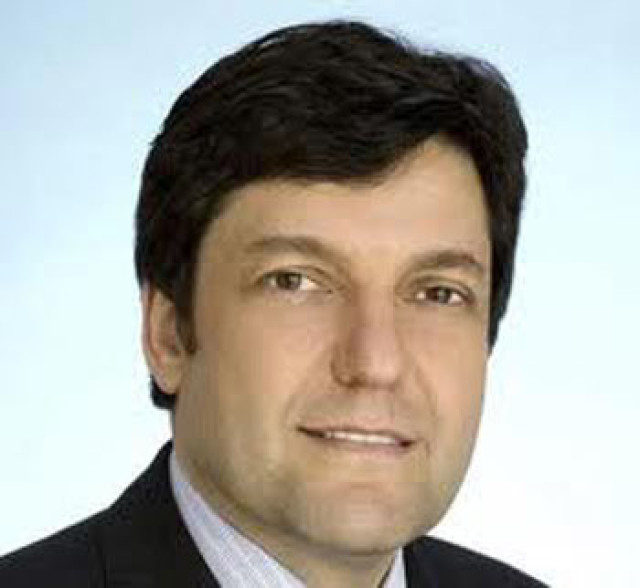 Jewish organizations in Canada and around the world remembered the late Israeli prime minister Ariel Sharon as a military leader and a fighter for peace.

David Koschitzky, chair of Canada’s Centre for Israel and Jewish Affairs (CIJA), said: “This is a sad day for the State of Israel and world Jewry. Israel has lost a leader who captured the imagination of the country and led boldly in both war and peace. Sharon had the courage to make difficult decisions.

“As a general, he led Israel’s daring counter-thrust against attacking forces in 1973. As defence minister, he led Israel’s struggle against terrorism. As prime minister, he unilaterally disengaged Israel from Gaza and parts of the West Bank in the hope of achieving security for Israel, a courageous move considering how much he loved every inch of a country he helped build and defend.

“We salute prime minister Sharon, for his dedication to the land and people of Israel, for his statesmanship, and for his courage in taking bold steps in the search for stability and peace for Israel and its neighbours.”

Sharon died Jan. 11 at 85 after eight years in a coma following a massive stroke.

“Ariel Sharon will be remembered for his dedication to the State of Israel and his years of service, both in the Army and during his time in politics,” said Frank Dimant, CEO of B’nai Brith Canada.

“As a general, Ariel Sharon earned the nickname ‘Bulldozer’ for his no-nonsense attitude and ability to command. He was one of the first to cross the Suez Canal during the 1973 Yom Kippur War, changing the balance of power and hastening the end of the fighting.

“During his time as prime minister, his greatest gamble, unilaterally withdrawing from Gaza, which he had hoped would help push forward the peace process as a sign of goodwill, resulted in the creation of a Hamas-run terrorist enclave. His miscalculation has resulted in almost daily rocket attacks on Israeli civilians in the south and emboldened those who seek to destroy the State of Israel. We regret his loss and look forward to a time when the lives of such men will not be coloured by conflict, but by peace and stability in the region.”

UJA Federation of Greater Toronto also mourned Sharon’s death. For Toronto’s Leslie Gales, a past federation chair and the current chair of UJA Federation’s Tomorrow Campaign, Sharon was a charismatic and charming man who, above all else, loved Israel and the Jewish People.

“I once sat beside him at an event in Israel organized by the Jewish Agency for Israel that welcomed the French who were making aliyah,” Gales recalled.

“Most people probably don’t realize what a charming and charismatic leader prime minister Sharon really was. I was fortunate to have a seat next to him, and to see the look on his face – one of sheer joy – as he welcomed these people was overwhelming. He was thrilled to welcome them as they started new and proud lives as Jews, at home, in Israel. It was clear from his face, and his words, that everything he did, he did with the best of intentions, and did for the State of Israel.”

“He was a bold general on the battlefields of Sinai and a bold prime minister of his beloved State of Israel,” said federation president and CEO Ted Sokolsky. “He will never be forgotten as an extraordinary and brave leader of the Jewish people.”

“On behalf of all Canadians, Laureen and I offer our deepest condolences to the family and friends of former Israeli prime minister Ariel Sharon and to the Israeli people.

“A renowned military leader, Mr. Sharon pursued the security of Israel with unyielding determination that was recognized by friends and foes alike. He also played a central role in the Israeli government for several years, changing the political landscape through his leadership and vision.

“We join today with those mourning the loss of Ariel Sharon, one of the architects of modern-day Israel and one of the nation’s staunchest defenders. Canada values its long-standing relationship with Israel, which is based on shared values, common interests and strong political, economic, cultural and social ties.”

“His legacy is a more secure State of Israel, safe on its borders and resolved to put an end to the campaign of Palestinian terrorism once and for all,” Barry Curtiss-Lusher and Abraham Foxman, national chair and national director, respectively, of the Anti-Defamation League, said in a statement. “It is not only Israel, but the Jewish people, the U.S., and the international community who have lost a towering figure who offered hope to his people and the region.”

Josh Block, president of the Israel Project, called Sharon an “embodiment of the Jewish state and a heroic protector of her people who will be remembered not only for his strength, but for his courage in pursuit of peace. Sharon’s contributions to bolstering the U.S.-Israel relationship made both nations safer, and kindled the bonds of democracy, liberty, and shared values that we care so much about.”

J Street, the left-wing pro-Israel advocacy organization, said that “Sharon deserves credit for the intellectual journey he took during his life and for having the courage to lead. His incapacitation, when at the height of his powers, leaves the challenge of making peace to be fulfilled by his successors, notably Prime Minister Benjamin Netanyahu.”

Debra DeLee, president of Americans for Peace Now, said, “Israelis today are saying farewell to a bold leader who toward the end of his political career was transformed from a staunch hawk who initiated war and provocative belligerent actions to a leader who recognized that Israel’s strategic interests lie in an agreement with the Palestinians.”

She added: “As the sister organization of Israel’s peace movement, Peace Now, we can only hope that Sharon’s pledge would serve as inspiration for the current and future leaders of Israel.”

Jewish Agency Chairman Natan Sharansky said in a statement that Sharon “will be remembered as a true friend of the Jewish Agency, as a military man, a leader of Israel, a statesman, and a genuine partner of world Jewry.” He said Sharon “invested tremendous effort in strengthening Jewish identity, increasing aliyah and combating anti-Semitism around the world.”

Sharon was a “fighter for his country in times of war and a fighter for peace,” said Moshe Kantor, president of the European Jewish Congress.

The Jewish Federations of North America in its statement from chairman Michael Siegal and president Jerry Silverman said that “Sharon was a highly regarded military leader, but he was also a peacemaker. One of the country’s most daring and celebrated generals, he was also a man who was able to take bold steps in the hopes of achieving peace.”