The Victims Of The Nazi Death Camps Were Commemorated 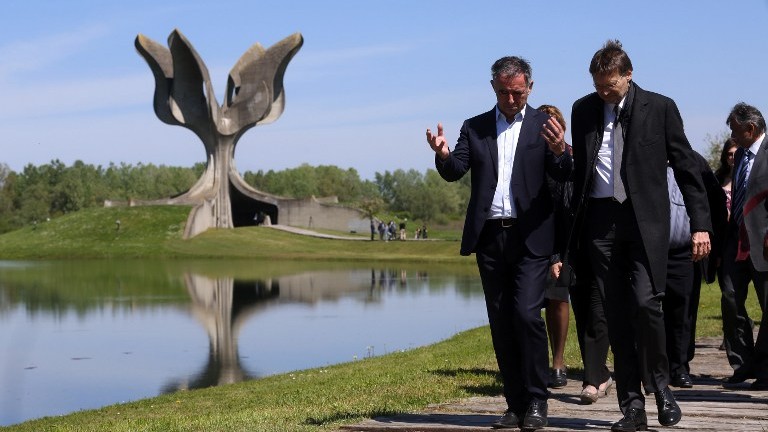 Early this week, on Monday, the Auschwitz survivors and Israeli officials marked 69 years since the liberation of the Nazi death camp. About 20 survivors and half of the Israeli legislature were present for the ceremony at the Auschwitz-Birkenau memorial on the International Holocaust Remembrance Day. They had to commemorate 6 million Holocaust victims including the 1.5 million victims of Auschwitz.

Shattering moments from the history were evoked. January 27, 1945, when the Red Army entered the camp, only a small proportion of those who had been there were still alive. The speakers emphasized that the guilty for the Nazi crimes should be punished for eternity by a common human front.

Israeli coalition leader Yarov Levin expressed the hope that people in Israel should rely on themselves and aim to build a safe world. He said: “Walking here, on this soil soaked with blood of our brothers and sisters, we must assure our children and future generations that a different world full of hope and free of fear can be built.”

A commemorative ceremony was organized at the European parliament in Brussels. The European Jewish Congress President, Moshe Kantor, defined the anti-Semitism as a crime. Kantor observed that easily treating wrongdoing every day made possible to assist now to “the absolute democratization of anti-Semitism.” And this is a wrong and dangerous attitude, he said.