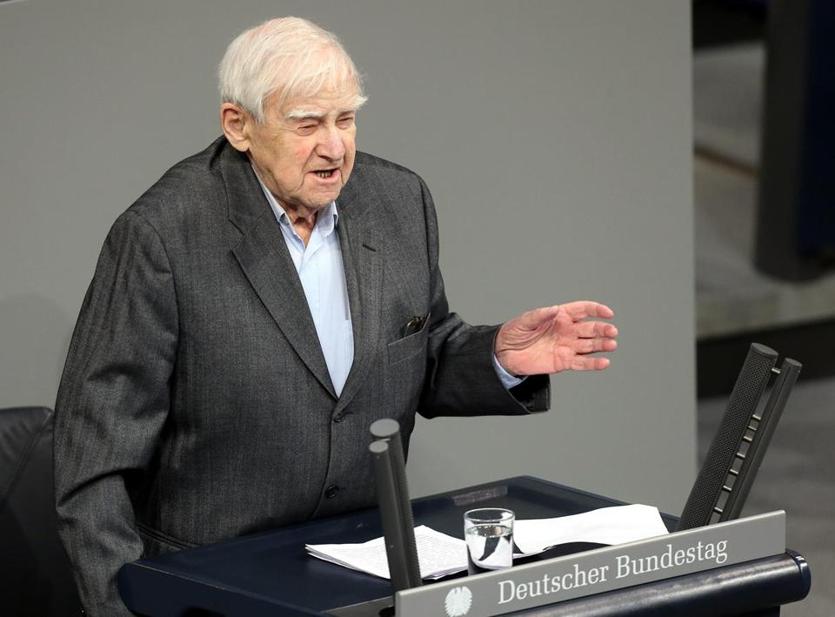 Speaking at a European Parliament ceremony Monday, a European Jewish leader on Monday condemned anti-Semitism, declaring it is “not an opinion, it’s crime.’’

Moshe Kantor, president of the European Jewish Congress, rejected free speech arguments over what he called the worldwide spread of anti-Semitism.

Kantor pointed to the ‘‘quenelle,’’ a gesture invented by the French comedian Dieudonne that some call an inverted Nazi salute. The comic, who has been convicted more than half a dozen times for inciting racial hatred or anti-Semitism, says it is merely an antiestablishment symbol.

‘‘Today we are witnessing the absolute democratization of anti-Semitism,’’ Kantor said. It is ‘‘a symbol invented by a so-called comedian that allows young people out for a drink, soldiers having a laugh and even a footballer scoring a goal, to have their own unique opportunity for Jew hatred.’’

In Oswiecim, Poland, Holocaust survivors and Israeli officials marked 69 years since the liberation of the Nazi death camp in Auschwitz.

The ceremony at the Auschwitz-Birkenau memorial took place on International Holocaust Remembrance Day, established in memory of some 6 million Holocaust victims, who were mostly Jews.

In Berlin, German lawmakers honored the victims of the Nazi army’s three-year siege of Leningrad. Daniil Granin, a 95-year-old Russian survivor, recounted how thousands of people died of starvation each day.