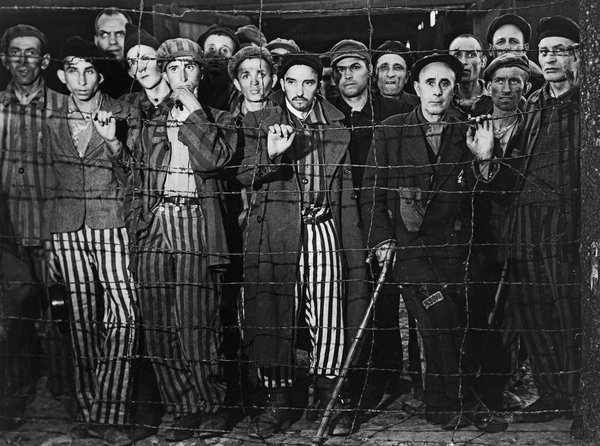 A European Jewish leader condemned anti-Semitism as a crime on Monday as Auschwitz survivors and Israeli officials marked 69 years since the liberation of the Nazi death camp.

The ceremony at the Auschwitz-Birkenau memorial took place on International Holocaust Remembrance Day, established by the United Nations in memory of some six million Holocaust victims, and some 1.5 million victims of Auschwitz, who were mostly Jews.

Some 20 survivors walked through the gate that bears the infamous “Arbeit Macht Frei” (Work Makes You Free) sign and laid a wreath at the former camp’s Executions Wall, where the inmates, mainly Polish resistance members, were shot to death.

About 60 members of the Knesset – about half of the Israeli legislature – joined the survivors for the observances, which included visits to the red-brick Auschwitz barracks that house a collection of the victims’ belongings and hair, and a list of the names of some 4.2 million Jews who perished in the Holocaust.

Israeli coalition leader Yariv Levin, speaking on behalf of Knesset lawmakers, said that people in Israel should rely on themselves and aim to build a safe world.

“Walking here, on this soil soaked with blood of our brothers and sisters, we must assure our children and future generations that a different world, full of hope and free of fear, can be built.”

Speaking at the European Parliament ceremony in Brussels, European Jewish Congress president Moshe Kantor rejected free-speech arguments over what he called the worldwide spread of anti-Semitism. Anti-Semitism is “not an opinion – it’s a crime,” he said.

“Today we are witnessing the absolute democratization of anti-Semitism,” Kantor said. It is “a symbol invented by a so-called comedian that allows young people out for a drink, soldiers having a laugh and even a footballer scoring a goal to have their own unique opportunity for Jew hatred.”