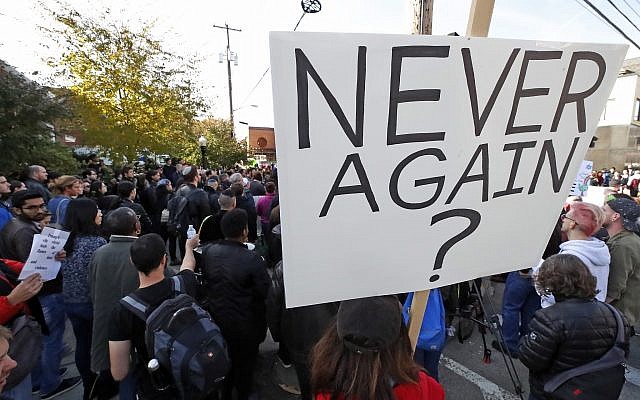 Hundreds of Jewish leaders from European countries gathered on Monday at the European Parliament in Brussels to mark the International Holocaust Remembrance Day, amid concerns that radical rightwing parties, affiliated with anti-Semitic views, may take over the parliament in May.

Addressing the parliament, President of the European Parliament, Martin Schulz, said: “The Shoah was the worst tragedy of humankind, yet, the dangers and demons are regrettably still present in our societies. This evening we remembered the victims, we paid tribute to the ‘righteous among the nations’ and we say: Never Again!”

Polls conducted in European Union states indicate that voters are inclined to vote for radical rightwing parties in protest of economic and social crises in the continent.

It has also been suggested that rightwing EU parties intend to unite prior to election in bid to increase their chances in garnering votes.

Greek Prime Minister Antonio Samaras, whose country currently hosts the rotating Presidency of the European Council, said: “Today, one hundred years after the First World War, when dozens of millions of Europeans lost their lives in battle, and seventy years after the atrocities of the Genocide and the Holocaust, we have turned those horrific nightmares into a bright vision; and this vision into a reality: United Europe, our Europe, which has become the world champion of respect for freedom, democratic rights and human dignity,” he said.

Fighting against the Greek neo-Nazi Golden Dawn party, Samaras vowed to memorialize Holocaust victims and ensure that the radical right does not grow stronger.

He stressed that the obligation to remember the Holocaust is not only for the victims, but also for future generations, whom leaders must teach that violence against minorities and strangers is a crime.

Lauder said that “World Holocaust Day is meaningless if we only pay attention to the past and ignore the same problems that threaten us today.”

European Jewish Congress President Moshe Kantor, said that nowadays anti-Semitism has undergone “democratization,” saying that “70 years after the liberation of Auschwitz, who could have imagined representatives of parties with Nazi insignia, race hatred for Jews and a proclivity for violence marching down the streets of our capitals and into our parliamentary chambers – including this one.”

Kantor addressed the fact that Nazi salutes were “performed with impunity at Auschwitz, at the Berlin Holocaust memorial, at a synagogue and even in front of the Jewish school in Toulouse where Jewish children and a teacher were murdered in broad daylight by a French terrorist.”

The President of the European Jewish Congress also noted the dangers of the growing frequency of anti-Semitic acts: “As we commemorate the destruction of the Jewish communities of Greece and Hungary just 70 years ago, how liberated really are the citizens of Europe when we witness today the eruption of political parties with Nazi insignia on the streets of Athens and Budapest while we genuinely fear the very real prospect of the strengthening of far-right and neo-Nazi parties in the coming European elections?”

“The Holocaust is not a matter for satire. Anti-Semitism is not an opinion, it is a crime,” he added.