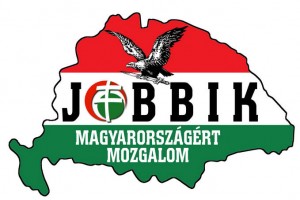 European Jewish Congress President Dr. Moshe Kantor has called on the Hungarian Government to prevent members of the neo-Nazi Jobbik party from holding a rally at a former synagogue in the city of Esztergom next Friday.

“The community of Esztergom was wiped out in the Holocaust and this synagogue is not in use today because the Jews there were exterminated,” Kantor said. “While the Nazis physically destroyed this community, its ideological descendants in Jobbik are destroying it once more with their intended rally.”

“This rally will be literally and figuratively trampling on the graves of Holocaust victims.”

Jobbik has booked the synagogue in Esztergom, north of Budapest, for a rally as part of its campaign ahead of elections in April. The synagogue is operated by the local government as a cultural center.

“We hope the local authorities who control the former synagogue will cancel the event on the grounds that by its very nature it will be celebrating the massacre of Jews and destruction of their communities during the Holocaust,” Kantor said. “We call on the Hungarian Government to uphold the memory of the Holocaust, especially only a couple of weeks after International Holocaust Remembrance Day, by preventing its abuse and exploitation.”