The Holocaust Whitewashed? Hungary’s Jews Step Back From Memorial Year They Say Has Been Hijacked For Political Gain 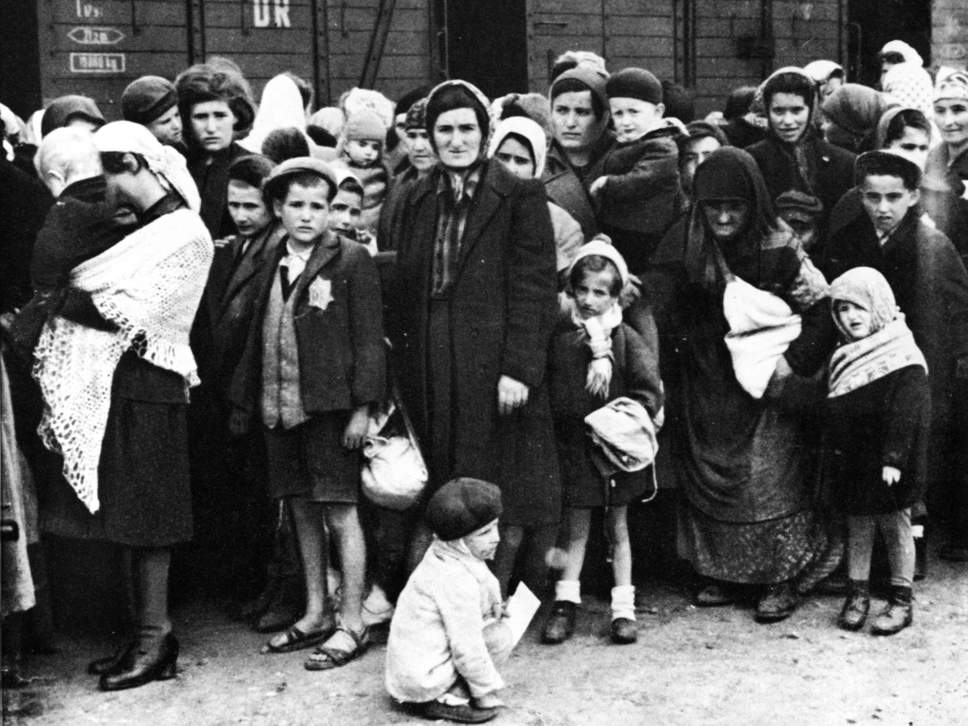 Hungary bears its share of responsibility for the genocide of Jews during the Second World War. But a memorial to the atrocity stands accused of rewriting the past

When plans started to emerge to make 2014 Hungary’s Holocaust memorial year, Jewish groups applauded efforts by the government to address a dark period in the nation’s history. A museum would open at a Budapest railway station where many victims began their journey to Auschwitz; in the centre of the capital, a new statue would honour the half a million Hungarian Jews who perished.

But barely six weeks into the commemorative year, an umbrella group of Jewish community organisations has announced a boycott of all state-organised events. They say that rather than remembering the past, history is being rewritten to absolve Hungary’s Second World War regime of complicity in a genocide that wiped out 70 per cent of the country’s pre-war Jewish population.

And with elections approaching in a political landscape overshadowed by the presence of an openly anti-Semitic party, there are fears that the commemorations are being hijacked by politicians keen to boost their nationalist credentials with far-right voters.

On Sunday, board members of the Federation of Hungarian Jewish Communities – known as Mazsihisz – passed a resolution vowing to stay away from all state-sponsored events marking 70 years since the deportation of more than 430,000 Hungarian Jews to the concentration camps.

“We will not attend the commemorations organised by the government in the future until the position of the government changes,” Peter Feldmajer, the vice-president of Mazsihisz, said. “The memorial year should be an open and real memorial, not whitewash the Hungarian fascist regime.”

The debate over the historical narrative comes against the backdrop of rising anti-Semitism in Hungary, and as the nation prepares for elections in two months. The government of Prime Minister Viktor Orban faces a challenge from the far-right Jobbik party, which took 47 seats in the 2010 elections to become the third-largest group in parliament. Jobbik is known for public vitriol directed at the Roma and Jewish communities, and the party leader has advocated a state register of Jews who pose a “national security risk”.

Mr Orban has declared zero tolerance for any hate speech directed at the Jewish community, but his Fidesz party faces accusations of not doing enough to silence the rhetoric, out of fear of alienating a large chunk of the electorate.

At the heart of the debate is a stone and bronze memorial due to be unveiled on 19 March, marking 70 years since the Nazi invasion of Hungary. Standing 23ft tall, it depicts an eagle swooping down on the Archangel Gabriel. The allegory is clear – Nazi Germany attacking its innocent Hungarian prey. Omitted from that particular interpretation of history is any mention of the decades of persecution Hungary’s Jews faced ahead of the 1944 invasion, or state complicity in the deaths of 437,000 Holocaust victims in the space of a few weeks in the summer of 1944.

From 1920 until he was deposed in 1944, Miklos Horthy passed a number of anti-Semitic laws. He allied himself with Hitler and in 1941 sent up to 18,000 Jews to German-occupied Ukraine, where they were executed. When the Nazis started the mass deportation of Hungarian Jews to the concentration camps, they did so with the assistance of many police still notionally under Horthy’s command. Horthy has been enjoying a revival of late: in November Jobbik supporters unveiled a bust of the former regent in Budapest.

At the end of January the President, Janos Ader, made a rare public acknowledgement of Hungarian collaboration in the Holocaust.

Work on the museum dedicated to child victims of the Holocaust at the disused Jozsefvaros train station is also going ahead with very little input from the Jewish community. Mr Feldmajer says Mazsihisz requested that members of the community be allocated half the seats on the museum board, but the government refused.

“The government should work with us and should help the commemoration, but not to lead the commemoration and write the content,” Mr Feldmajer said. “The victims were Hungarian Jews, so we should remember the victims together, but we know the best way.”

Members of Mazsihisz, meanwhile, have another challenge looming. On Friday, Jobbik is due to hold a campaign rally in a former synagogue in the city of Esztergom, which lost its entire Jewish population in the Holocaust. Mazsihisz is considering sending members to try to physically stop Jobbik supporters entering the building, while Jewish groups across the world are urging the authorities to ban the event.

Moshe Kantor, the president of the Brussels-based European Jewish Congress, said: “While the Nazis physically destroyed this community, its ideological descendants in Jobbik are destroying it once more with their intended rally. This rally will be literally and figuratively trampling on the graves of Holocaust victims.”