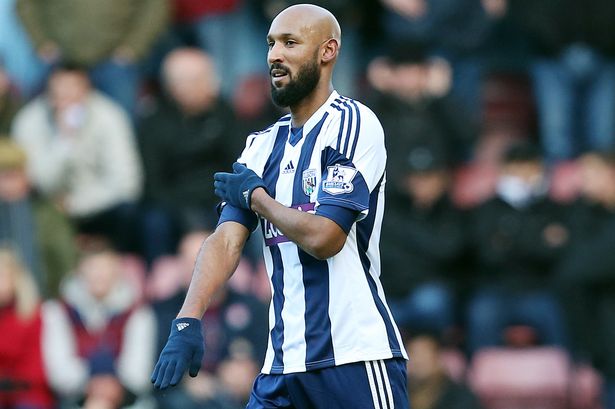 West Bromwich Albion have suspended footballer Nicolas Anelka following the five match ban handed down by the Football Association for his use of the quenelle gesture.

Previously the club had said the player was available for selection despite the two charges levelled against him by the FA.

The governing body described the first count as “abusive, indecent, insulting and/or improper, and on the second as an “aggravated breach based on ethnic origin, race and/or religion or belief”.

The FA’s independent commission also fined Anelka £80,000 and ordered him to complete a compulsory education course.

But it stated that it did not believe the player was antisemitic, nor that he intended to promote antisemitism.

In response to the commission’s decision, the player’s legal advisers at the firm, Brown Rudnick said Anelka was pleased the FA regulatory commission had not found him to be an antisemite.

They added: “He is now waiting to receive the commission’s full reasons for their decision before considering whether or not to appeal.”

Writing in the Telegraph, Jewish Leadership Council Interim Chief Executive, Simon Johnson said that Anelka’s “conviction” showed that the FA’s processes were “robust enough to deal with the most pernicious of racism cases”.

He wrote that it was correct the Jewish community had been consulted and that the FA’s decision demonstrated that Jewish institutions were not a “bunch of hysterical, hyper-sensitive rabble rousers”.

The European Jewish Congress (EJC), which represents Jewish communities throughout Europe, said they “applauded” the FA commission’s decision but remained concerned that Anelka had “never apologised”.

“Even if the FA is not convinced that the player’s intent at the time was antisemitic, he surely knows now the origins of the quenelle and the hurt and pain it caused the Jewish community, said EJC President Dr Moshe Kantor. “Yet, we are still waiting for an apology. Anelka’s silence speaks volumes.”

Dr Kantor also said the EJC was “ready and willing” to offer its experience and knowledge of antisemitism to the FA and to provide expert assistance in Anelka’s forthcoming education programme.

World Jewish Congress President Ronald Lauder said: “This suspension and fine show without a doubt that antisemitic, racist or ethnically derogatory gestures will not be tolerated in European soccer.

“The use of racist or antisemitic gestures or chants by European soccer players and crowds is a serious problem and brings shame on the continent.”

But Telegraph football correspondent and columnist, Henry Winter wrote on Twitter that the FA commission’s decision was “pathetic, lenient and weak” while Football editor for the Times said the verdict proves the FA was “officially born yesterday or is a cowardly organisation”.

Chief Sports Writer of the Mirror, Oliver Holt said he hoped Anelka’s education programme would include a trip to Poland which would be “more worthwhile than a ban”.