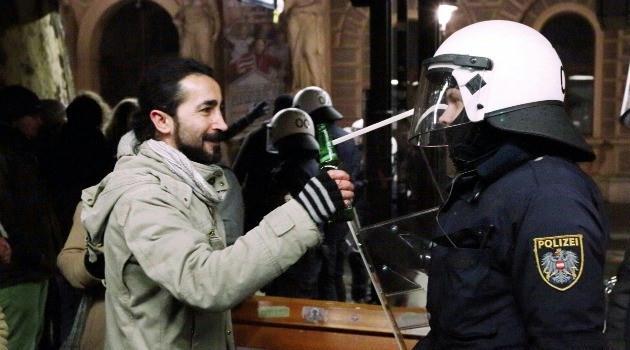 The European Jewish Congress fears far-right gains in upcoming European elections and believes a grouping presenting itself as simply populist and eurosceptical is just as dangerous as out-and-out extremists, the EJC’s president said.

Some analysts forecast that a group of anti-euro parties could capture 20 percent of seats in May’s European parliament elections as high unemployment, austerity and anaemic growth offer prime conditions for fringe parties to flourish.

The group, trying to work as a bloc for the first time in a bid to attract EU funds, consists of the Freedom parties of Austria and the Netherlands, France’s National Front, Italy’s Northern League, the Sweden Democrats, Belgium’s Vlaams Belang and Slovakia’s National party.

The bloc explicitly rejects xenophobic and anti-Semitic views, and says it wants nothing to do with ultra rightist parties like Greece’s Golden Dawn or Hungary’s Jobbik.

EJC President Moshe Kantor said, however, he did not believe their rejections of extremism, challenging them to clean up their own ranks if they were serious.

“Make order in your own home if you are not racist or anti-Semitic. Demonstrate this in fact and behaviour but not in promises,” he said in an interview with Reuters this week.

Kantor said he believed this group, which is on track to reach a size big enough to attract EU funding, was actually more dangerous than explicit extremists.

“We don’t see a big difference. If they allow even a minority in the party to publicly express their opinion as party members, they are all as bad and as weak as the weakest link.”

Some of the parties, including Austria’s Freedom, have gone out of their way to reject anti-Semitism.

But Freedom Party leader Heinz-Christian Strache has come under fire for a series of incidents.

A cartoon posted on his Facebook page in 2012 depicted a banker with a hooked nose and Star of David cufflinks gorging himself from the hand of the government, while a figure labeled “the people” is fed just scraps.

The cartoon was altered the next day.

Strache caused a backlash when he reportedly described himself and his party as “the new Jews” after protesters heckled right-wing students at the Vienna Akademikerball.

The ball, which traditionally draws right-wing student fraternities, was held on International Holocaust Remembrance day in 2012.

A Gallup poll for Austrian paper Oesterreich this month has the Freedom party running neck-and-neck with the two main centrist parties in the European vote at around 23 percent.

In France some recent polls suggest the Front National could top the EU election with about 25 percent of the vote.