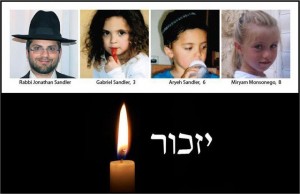 On the second anniversary of the murder of four people, including three children, who were brutally gunned down at the Otzar HaTorah Jewish School in Toulouse, France, European Jewish Congress President Dr. Moshe Kantor said that Jewish communities in Europe were still targets for such attacks from extremists and terrorists and lessons still have to be learnt from these and similar events.

“There remains a huge motivation by extremists to harm or murder Jews regardless of their age or beliefs,” Kantor said. “There is no reason why the most mundane acts of going to school or attending a synagogue should cause Jews or any European citizens to fear for their very lives.”

“Unfortunately, since the savage murders in Toulouse, there have continued to be physical attacks against Jews in Europe, as well as many very real threats which were thankfully averted.”

“As we saw in the recent report by the EU’s Fundamental Rights Agency, most Jews in Europe fear to visibly identify as Jews and parents are afraid to send their kids to school in the morning. Society and governments must fight back with the full force of the law and by providing the necessary security for Jewish communities,” Kantor said.

“We commend the French government for their work against anti-Semitism, but we urge French officials to preempt the next murders by continuing to invest in education, law enforcement against those who preach hate and incitement and to combat the extremists. Only then will the Jewish community feel that the lessons have been learned.”