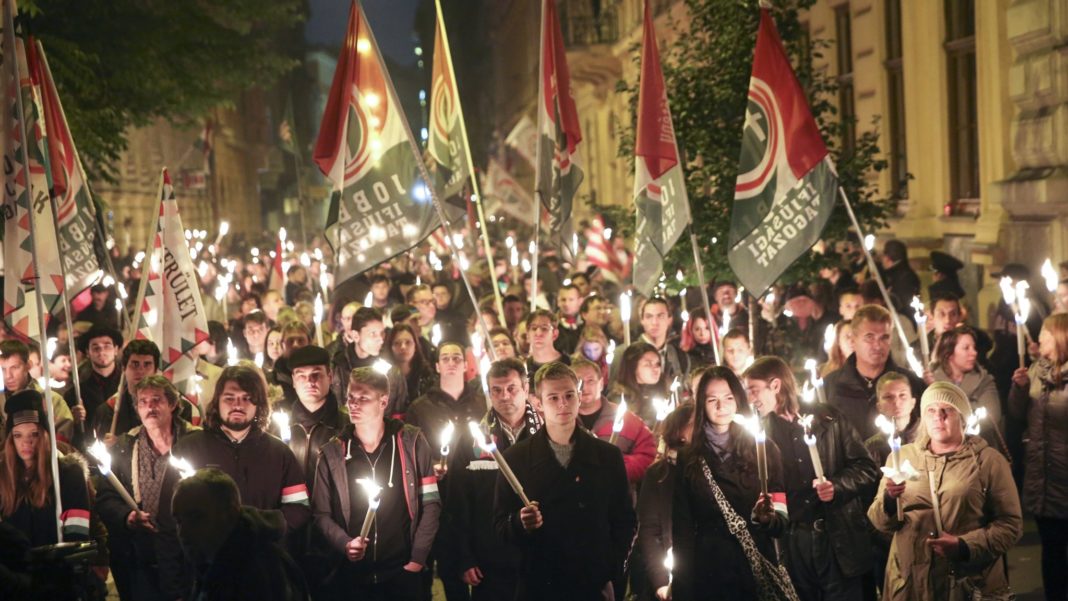 The president of the European Jewish Congress said electoral gains in Hungary by Jobbik, a far-right party with a history of anti-Semitism, should be a source of grave concern to Europe.

Jobbik won nearly 21 percent of the votes in Sunday’s parliamentary election, up from nearly 16 percent four years ago.

“This is truly a dark day for Hungary,” said EJC President Dr. Moshe Kantor in a statement issued after the close of polls on Sunday.

The ultranationalist Jobbik remains the third largest political party in Hungary. It pledged to create new jobs, crack down on crime, renegotiate state debt and hold a referendum on European Union membership, according to Reuters.

“This is a party that feeds on hate,” Kantor said. “The new Hungarian government must ensure now that this hate is not tolerated, not by the government, not in parliament and not on the streets of Hungary.”

In November 2012, Jobbik lawmaker Marton Gyongyosi suggested during a parliament session that a census be taken of Jews in the country, and that a list of all Jewish lawmakers should be compiled for national security reasons.

Hungarian voters returned Prime Minister Victor Orban and his Fidesz party to power, with 132 of 199 seats in the parliament.