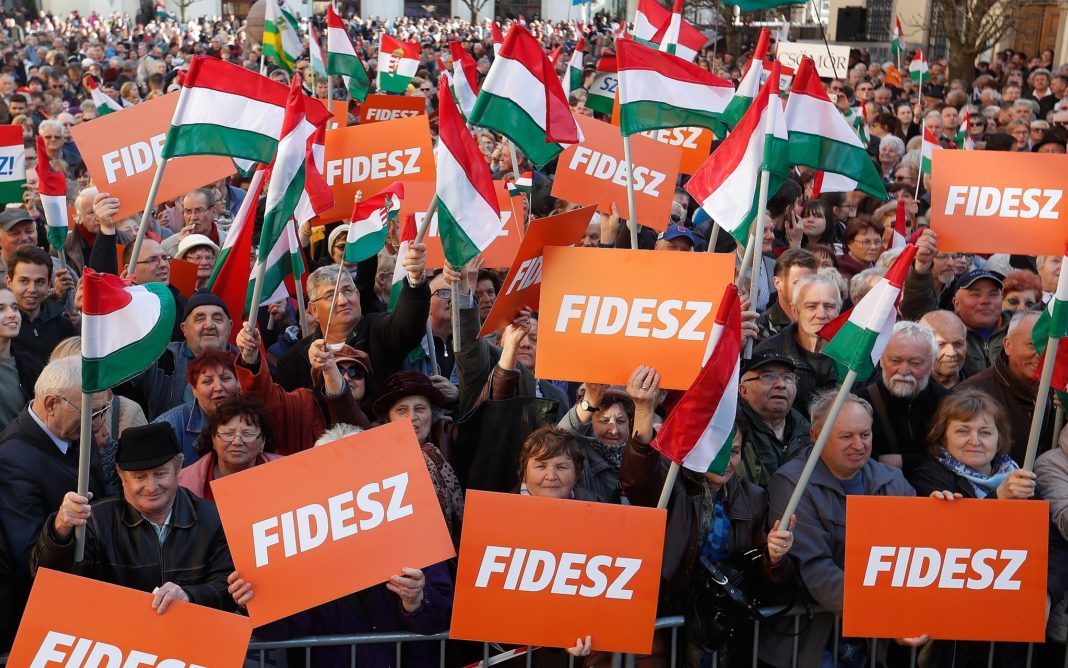 The extreme-right and anti-Semitic Jobbik party gained ground at parliament elections in Hungary on Sunday that saw Prime Minister Viktor Orban’s Fidesz party winning nearly 50 percent. In the 2010 parliamentary elections, Jobbik won 16.7 percent of votes. According to an official projection, Fidesz party will have 133 of the 199 seats, guaranteeing that it will form the next government. The same projection gave the Socialist-led leftist alliance 38 seats, while Jobbik was on 23 seats.

‘’Hungary’s Jobbik party is now the strongest national radical party in the European Union,’’Jobbik leader Gabor Vona said after his party got close to 21 percent of party list votes according to preliminary results. “We did not manage to achieve the breakthrough in individual mandates that we wished for, (but) we achieved over 20 percent which not many people would have believed,” Vona told a press news conference.

“Jobbik continuously … increases its popularity…And ahead of the European Parliament elections(in May) it is important to make clear that today in the EU Jobbik is the strongest national radical party,” he added. In 2012, one of Jobik’s MPs called for a list of all Jewish lawmakers for “national security” reasons.

Jobbik’s performance is being watched closely for clues about how other nationalist extreme-right wing parties, such as France’s Front National of Marine Le pen and the Party for Freedom of Geert Wilders in Holland , will perform in European Parliament elections next month.

European Jewish Congress president Moshe Kantor called the elections results ‘’a source of grave concern for Europe.’’ “The gains made by Jobbik, an unashamedly neo-Nazi political party, should serve as a wake-up call for the whole of Europe,” Kantor said. “Once again in Europe we are witnessing democracy being appropriated by those are the enemies of democracy.” “This is truly a dark day for Hungary,’’ he added. ‘’It is the duty of both European leaders and voters to ensure that a strong message is delivered by supporters of democracy throughout Europe to show these racists and xenophobes that hate has no place on our continent.”