Is Hungary Far-Right’S Electoral Success A Hint Of Things To Come? 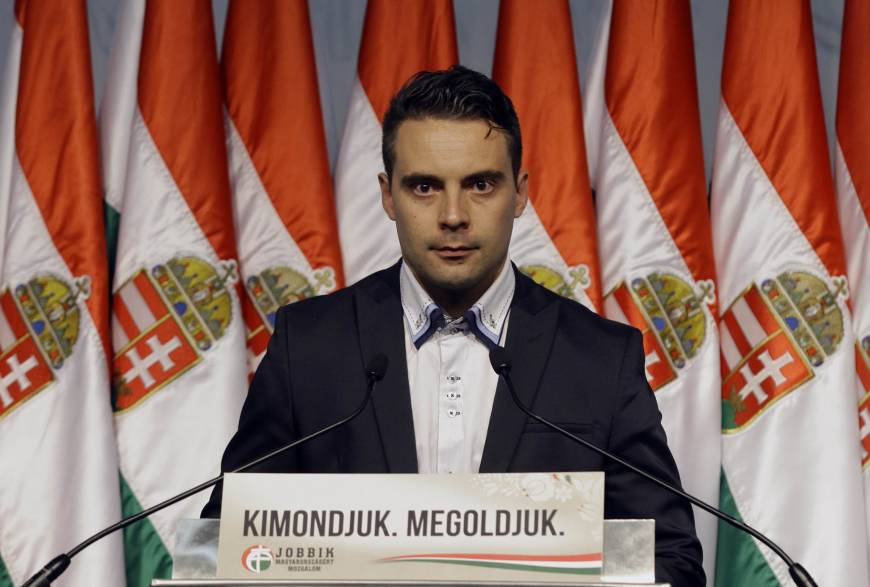 Prime Minister Viktor Orban easily trounced his rivals to once again become Hungary’s undisputed leader, but the strong showing of the country’s far-right Jobbik party has left Jewish leaders and others worried.

Jobbik’s politicians are known for anti-Semitic and anti-Roma statements, but finished third in Sunday’s poll. The party toned down its rhetoric for the contest and focused on mainstream issues like the economy.

Analysts said Monday that Jobbik’s popularity remained strong in Hungary’s northeast, a region shackled with high unemployment and conflicts with the Roma, also known as Gypsies.

But it added voters in other areas, including the richer, western half of Hungary and the districts surrounding the capital, Budapest, winning 20.5 percent of the votes, up from 16.7 percent in 2010. Jobbik leader Gabor Vona was pleased with the vote and claimed it showed his broadening base in Hungary, despite his disappointment that the party did not win the elections.

“Jobbik’s support has not only strengthened, but it also has become more balanced,” Vona said on state television. “It seems the split between east and west has ceased.”

Jobbik’s gains are seen as a warning ahead of May’s European Parliament elections, when extremist parties across the continent could attract more voters.

The European Jewish Congress, a relentless Jobbik critic, called the party’s electoral success a “dark day for Hungary” and a source of grave concern for Europe.

“Once again in Europe we are witnessing democracy being appropriated by those (who) are the enemies of democracy,” said European Jewish Congress President Moshe Kantor. “It is the duty of both European leaders and voters to ensure that a strong message is delivered by supporters of democracy throughout Europe to show these racists and xenophobes that hate has no place on our continent.”

Jobbik has steadily improved its showing in every election since 2009, when it won 14.8 of the votes in the previous European Parliament elections and could serve as an example to other extremist parties in the region – if not in the rest of Europe.

However, there is a sharp divide between the extreme right in Eastern and Western Europe, said Zoltan Miklosi, associate professor of political science at Central European University.

“The extreme right in the West is anti-immigration, anti-Muslim and sometimes even pro-Israel,” Miklosi said. “That would be unimaginable for a far-right party in Eastern Europe.”

Jobbik accuses Israeli investors of trying to buy up Hungarian properties, wants to drive multinational corporations out of the country, and targets its most vicious remarks not at immigrants, but against the local Roma, who are blamed for petty crimes and are seen as taking unfair advantage of social welfare programs.

Those contrasts did not prevent Jobbik and several far-right parties across Europe, including Sweden, Italy, Britain and Portugal, from forming the Alliance of European National Movements in 2009. Some of its members, however, like France’s National Front, later left the group in efforts to improve their image.

In light of Sunday’s results in Hungary, Vona claimed Jobbik was “Europe’s strongest EU-skeptic party,” an attitude reflected by their treatment of the EU flag – party officials burned one at a rally in 2012, while another threw the banner from a window of the Hungarian parliament in February.

Jobbik’s popularity in the polls rose markedly over the past few months, which Miklosi said pointed toward fresh support from voters disillusioned with Hungary’s mainstream groups, the lack of options on the left and the blurring of Jobbik’s extremist image.

Vona and other Jobbik candidates released photos posing with cats and puppies and appeared with their kids in women’s magazines.