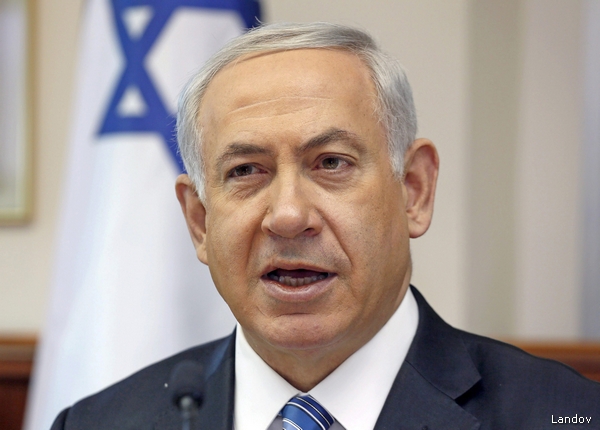 Israeli Prime Minister Benjamin Netanyahu on Monday lashed out at the murder of three people at two Jewish facilities in Kansas, saying the shootings appeared to be anti-Semitic attacks.

“The state of Israel, together with all civilized people, is committed to fighting this pestilence,” he said, adding that he had sent condolences to the victims’ families.

The Times of Israel reported that the chief of staff of the Israel Defense Forces, Lt. Gen. Benny Gantz, also had condemned the attack.

The alleged gunman, Fraiser Glenn Cross Jr., 73, reportedly has a long history of anti-Semitic and racist statements and the shootings came just one day before the start of the Jewish holiday of Passover.

The Jewish Telegraphic Agency reported that U.S. and European Jewish leaders also were deeply troubled by the crimes.

The U.S.-based Anti-Defamation League ADL called the shootings “an unspeakable and heinous act of violence.”

“The attacks on the Jewish community centers in Overland Park are a cowardly, unspeakable, and heinous act of violence,” said Karen Aroesty, ADL’s St. Louis regional director. “While it is too early to label these shootings as a hate crime, the fact that two Jewish institutions were targeted by the same individual just prior to the start of the Passover holiday is deeply troubling and certainly gives us pause.”

Overland Park, Kan., where the shootings occurred, is a suburb of Kansas City, Mo.

David Harris, executive director of the American Jewish Committee, said his organization “join[s] in solidarity with the entire Kansas City area community, both Jewish and non-Jewish, in expressing shock, sadness, and dismay. We can’t help but note that this attack comes on the eve of Passover, a celebration of Jewish freedom from oppression and violence.”

The European Jewish Congress contended that the shootings demonstrate “that neo-Nazis and anti-Semites are becoming emboldened” and called on the international community to work together to fight against hate and anti-Semitism.

“Hate knows no boundaries, especially in the age of the Internet,” EJC President Moshe Kantor said.

Kantor called for the creation of an international task force “that will fight hate through educational, legislative, and punitive platforms on a worldwide scale.”