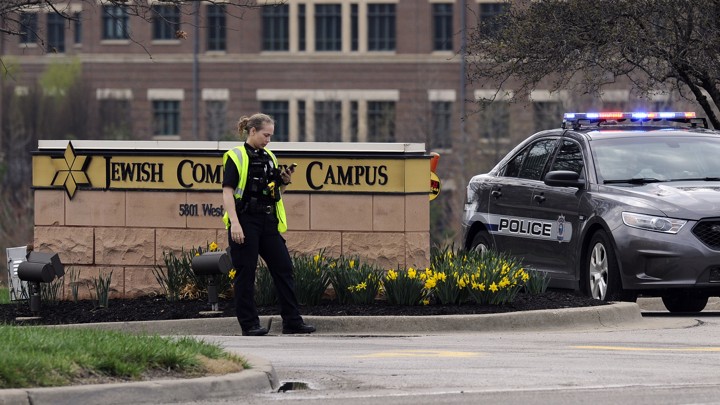 The World Jewish Congress (WJC) expressed ‘’shock and outrage’’ at the heinous attack on the two Jewish community centers in Kansas City that took place on Sunday, a day before Pessach, the Jewish holiday of Passover. A 73-year-old Missouri man with a history of racist and anti-Semitic statements yelled, ‘’Heil Hitler’’ before opening fire outside a Jewish community center and nearby Village Shalom retirement community in Overland Park, a Kansas City suburb,on Sunday, killing three people includinga 14-year-old boy and his grandfather. ‘’As in the past, we remind Jewish institutions that security measures must be checked constantly, especially around holiday time, as a vital precaution,’’ the WJCsaid.

Rabbi Joel Meyers, Chair of WJC US, said,” We extendour deepest condolences to the victims, families and entire Jewish community in Kansas City.We will remain in contact with authorities regarding this vicious attack as regards developments for further reportsand stand in solidarity with the community.”

The European Jewish Congress (EJC) warned that theshooting ‘’demonstrates that neo-Nazis and anti-Semites are becoming emboldened’’ and called on the international community to work together to bolster the fight against hate and anti-Semitism. “Unfortunately, we are witnessing an intolerable rise in neo-Nazi violence on a global scale,” EJC Presient Moshe Kantor stated. “Many assume that this is just a European problem, but its effects are felt around the world and for a global problem we need a global response.” “We cannot continue to tolerate these forms of hate and leave neo-Nazi groups unmolested because of so-called ‘freedom of expression’, when it can turn into such violence and bloodshed. “ Kantor called for the creation of an international task force ‘’that will fight hate through educational, legislative and punitive platforms on a worldwide scale.”