EJC President Kantor Calls On The E.U. Not To Recognize Or Cooperate With A Palestinian Government Which Contains Hamas 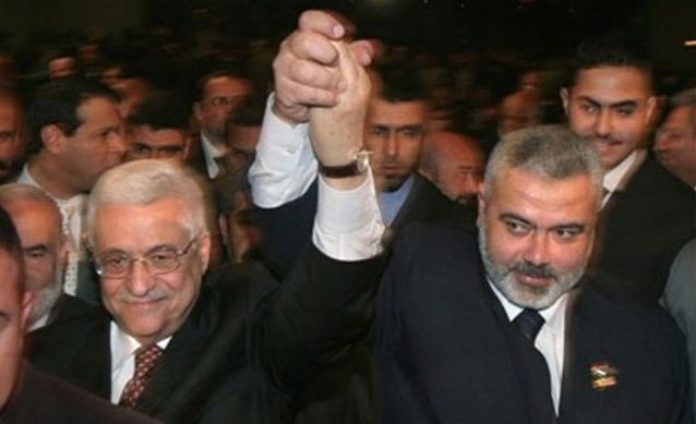 The president of the European Jewish Congress, Dr. Moshe Kantor, called on the European Union to abide by its own guidelines which designate Hamas as a terrorist organization and shun any Palestinian Government in which the Islamist group is a member. Dr. Kantor sent this message during the Executive Meeting of the European Jewish Congress which is taking place in Israel, where it is holding meetings with Prime Minister Binyamin Netanyahu, Finance Minister Yair Lapid, Knesset Speaker Yuli Edelstein and Deputy Foreign Minister Zeev Elkin.

The EJC delegation comprised leaders and members of the Jewish communities in the UK, France, Italy, Austria, Belgium, Switzerland, Hungary, Romania, Turkey and Greece among others.

“The Europeans have yet to condemn the signing of this unity agreement,” Kantor said. “We hear immediate condemnation every time some houses are built over the Green Line, but Brussels is silent on the Palestinian Authority’s new alliance with Hamas, a group whose charter openly aspires to the genocide of world Jewry. The Palestinians ignored their obligations and unilaterally applied to UN organizations, threatened to disband the PA and have now chosen to deal with the manufacturers of terror rather than the purveyors of peace.”

“It is perhaps time for the European Union to finally realize that they were applying pressure on the wrong side. Without a strong public message for the Palestinian leadership that it will not tolerate or cooperate with any organisation which does not meet the three principles laid out by the Quartet for diplomatic recognition of a Palestinian Government, the Europeans will be seen as enabling the Palestinians in their recalcitrance and their role as mediators will be diminished.”

The EJC Executive was also addressed by the Head of the EU Delegation to Israel Ambassador Lars Faaborg-Andersen.

“We hear constantly that Israel’s relations with Europe are contingent on the peace process,” Kantor said. “However Europe should be able to separate its excellent trade, economic relations and scientific and hi-tech cooperation with Israel from the conflict. Europe has an important role to play in the region and its strong relations with Israel are testament to its deep ties with the Jewish State.

The EJC is the democratically-elected representative organization of European Jewish communities.