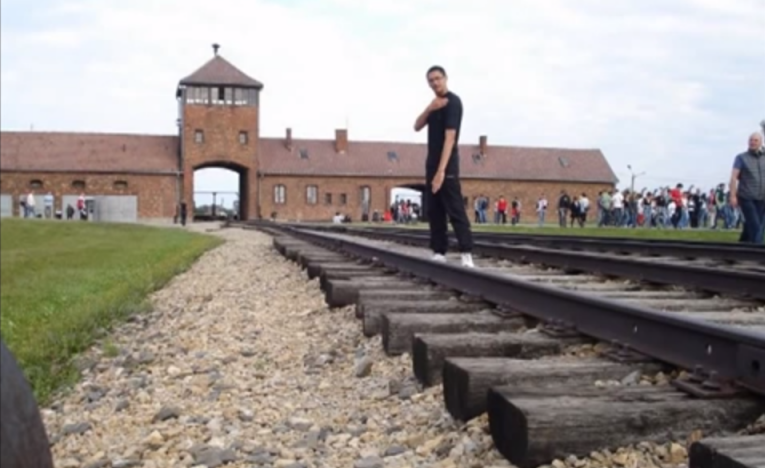 The Kantor Center of Tel Aviv University released a report on Anti-Semitism worldwide in 2013.

Sense of vulnerability to Anti-Semitism in the Face of Severe Escalation in Anti-Jewish Atmosphere – Contradicting Tendencies in Violent Anti-Semitism.

A severe escalation in anti-Jewish atmosphere was noted in 2013, as anti-Semitism continued to infiltrate into the mainstream from the extreme left and right fringes, and its manifestations have become an almost daily phenomenon.

The major conclusion of research conducted by the Kantor Center team and supported by both community reports and independent surveys by non-Jewish sources, is that the anxiety felt by Jews, both as individuals and as communities, originates in the growing intensity of and increase in insults, abusive language and behavior, threats and harassments, and not necessarily in an increase in the number of violent incidents.

Surveys show that most Jews who experienced an anti-Semitic verbal or physical attack do not report them; thus the situation is worse than the one reported by monitoring and law enforcing agencies and Jewish communities.

During 2013 the Kantor Center team registered and analyzed 554 violent anti-Semitic acts perpetrated with weapons or without, by arson, vandalism or direct threats against Jewish persons or institutions such as synagogues, community centers, schools, cemeteries, monuments as well as private property. Violent incidents dropped in 2013 by 19 percent to 554 yet the number of direct attacks against persons is steadily increasing.

Among all registered cases worldwide there were 25 attacks with weapons, 98 cases of weaponless violence, 9 cases of arsons, 89 direct threats, and 333 incidents of vandalism. The targets of such incidents were 185 persons, 67 synagogues, 52 community centers and schools, 90 cemeteries and memorial sites, and 160 private properties. The highest number of events occurred in France: 116, (compared to 200 in 2012). A decline in violent cases was registered in Italy, Poland, the US and Australia, and a rise was recorded in the UK, Canada, Germany and the Ukraine. The number of violent incidents during the last decade (2004-2014) is higher than in the former one.

Disconcerting findings were the result of a wide scope survey published in the beginning of November 2013 by the Fundamental Rights Agency (FRA), a research branch of the European Union (EU), on the reactions and perceptions among European Jews regarding anti-Semitism. The survey was conducted among six thousand Jews in eight countries where approximately one million Jews who constitute 90 percent of the Jewish population of the European Union reside. The findings point at an intensified feeling that personal safety and communal wellbeing are jeopardized, especially in Hungary, France, and Belgium, followed, respectively, by Sweden, Italy, Germany, UK and Latvia, where the situation is less severe. About 80 percent of the participants in Hungary considered extreme right circles as the main source of threat; over 60 percent in Italy pointed to the left; 73 percent in France and 60 percent in Belgium blamed radical Moslems, while anti-Semitism originating in the church and in Christianity in general, was last on the list.

Anti-Zionism, which is rampant in the west; the rise of right-wing extremist parties (each having its own wider agenda); the economic crisis that started already in 2008 – cannot explain the present level of anti-Semitism. No large scale military conflict occurred between Israelis and Palestinian in 2013, nor an attack such as the one on the Toulouse Jewish school in March 2012¬ that generated a wave of more violence. All in all, our conclusion is that the present anti-Semitic phenomenon is not dependent on external events. In short, what we witness in 2013 is classic ‘net anti-Semitism’ per se.

We cannot close without strongly condemning recent incidents in Israel of vandalism against Christian or Moslem holy places, or other acts causing damage to property and smearing or spray-painting Swastikas and abusive language on walls. Such manifestations are tantamount to what we see abroad against Jews, and require the same strict condemnation, legislation and punishment.