Berlin: Got Punched In The Face For Being A Jew 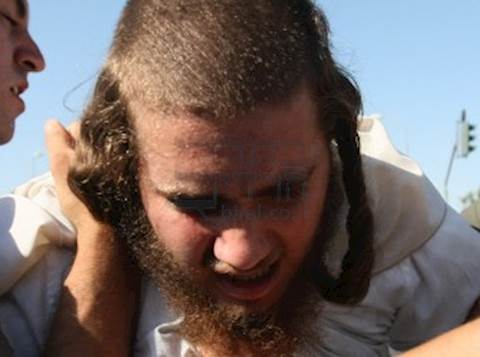 Palestinian youngsters beat up an Israeli in Berlin • Anti-Semitism report: surge in violent incidents around the world

Eve of the Holocaust Day, and from Berlin comes a reminder that anti-Semitism is still here: Six Palestinian youths beat an Israeli Jew who was walking on Friday with his wife in Berlin.

The Israeli filed a complaint to the police and said that when left the building he is staying in, a group of six boys came up and asked him where he comes from. When the young Israeli said he was from Israel, the Palestinians identified themselves and swore him in Arabic.

The Israeli moved away from the place and when he returned with his wife, the Palestinian group which apparently followed him, appeared, surrounded the two and the young man was attacked with fists while shouting epithets.

Police were called to the scene and opened an investigation.

An ambulance took the young man to a local hospital for treatment, the woman was not injured.

Meanwhile, this morning (Sunday) a report was published on anti-Semitism in the world in 2013.

The report was conducted by Kantor Center for the Study of European Jewry nowadays, and the Database Study of Contemporary Anti Semitism named after Moshe Kantor at Tel Aviv University, headed by Prof. Dina Porat, and in cooperation with the European Jewish Congress.

The survey for 2013 shows that anti-Semitic attacks are growing in intensity and their severity.

In 2013 554 anti-Semitic acts of violence perpetrated with or without weapons against Jews and Jewish institutions were reported.

It was also found that in many parts of Europe the Jews are still the most persecuted minority, especially in relation to their proportion in the population. For example, in France the Jews constitute about 1% of the population, but 40% of violent racist attacks in 2013 were against Jews.

At the press conference Prof. Porat noted, “There is no specific reason for anti-Semitism this year. Nothing happened in the Middle East, there is no murder that can be imitated, the economic crisis has already been with us for six years and there is nothing new on the subject.

“This is anti-Semitism that can be called “classic anti-Semitism”, suddenly they remembered the murder of Jesus,” said Professor Porat.