European Elections: Why You Should Care 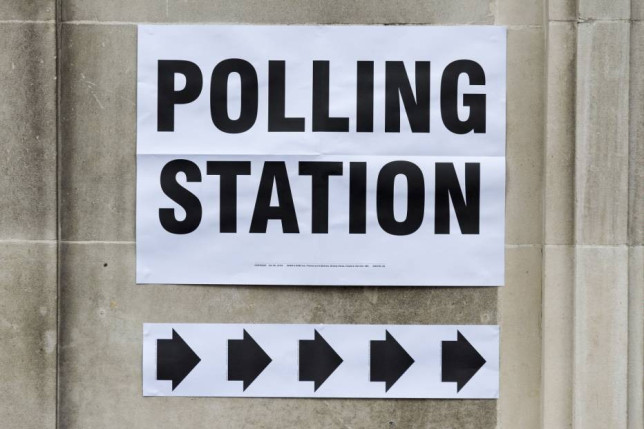 The European Parliament is a bureaucratic irrelevance to many voters. But with MEPs addressing key issues such as anti-Semitism, the rise of far-right parties and EU-Israel trade, Brussels plays a pivotal role in our lives, finds Stephen Oryszczuk

Today, British voters have the chance to decide the shape of European politics for the next four years. Many will pass. That’s understandable. The image of the Parliament is one stuffed with 800 suits of slightly different stripes, riding a gravy train of soundbites and expenses.

It’s a tough sell. But speak to those in the know, and they tell a different story – one of relevance, impact and opportunity. Out there, in the wilds of Europa, this Parliament straddling Brussels and Strasbourg (they couldn’t agree which country to locate it in, so they put it in two) is making decisions and drafting laws with a direct bearing on us all.

Now, experts say, is the time to affect the outcomes. “It’s there, it exists whether we like it or not, and it’s bringing out legislation, so we have to engage with it,” says Conservative MEP candidate Marina Yannakoudakis. “At the moment there are some very one-sided debates taking place, such as on shechita, so if we’re not there fighting, questioning, putting the other side of the story across, then a balanced view may not be heard.”

European Jewish leaders issue similar warnings, with Dr Moshe Kantor, President of the European Jewish Congress (EJC) reminding us that “we cannot complain afterwards if we do not use the hard-earned democratic rights we possess”.

Still, interest-building is difficult, despite the Parliament’s agenda including items close to home, such as religious freedoms (including religious observance in the workplace), extremism, anti-Semitism, EU-Israel relations and post-Holocaust issues such as education and restitution.

These are the themes covered in a new ‘Jewish Manifesto’ which Board of Deputies President Vivian Wineman says should “enfranchise local communities to speak directly to MEP candidates about the issues”.

UKIP leader Nigel Farage is hit by an egg as he gets out of his car in Nottingham city centre.

UKIP leader Nigel Farage is hit by an egg as he gets out of his car for a meet-and-greet session in Nottingham city centre.

But with voter turnout in European elections traditionally low and in danger of getting lower, it’s no surprise that there is a concerted effort underway to get British Jews to the ballot box, and that leaders of the major political parties are joining in.

In a message to the Jewish community, Liberal Democrat leader Nick Clegg says: “Extremist parties are on the rise in Europe, like Golden Dawn in Greece and the Jobbik party in Hungary. A Jobbik MP has called for a register of Jews who he claims pose a national security risk. That is why it is important to vote in the European elections.”

Like many candidates, he is quick to raise the spectre of neo-Nazi types, with a Board spokesman saying they want “to get the vote out amongst the Jewish community and negate the influence of the far right,” adding: “A high voter turnout is important to ensure extremist parties do not make ground.”

It’s a familiar argument to Green Party MEP Jean Lambert, who says that Jobbik already have a few seats and that Golden Dawn is on course for a couple more. “It’s about where the debate gets drawn,” she says. “The challenge for voters is about how much space we give [extremist parties], about whether the tone of these national interest discussions is inclusive or exclusive.”

It’s a fair – if fairly standard – point, a line trotted out by all. And therein may lie the problem. There often seems little difference between the big parties on many issues (only the Green Party’s view on shechita stands out as distinct). As if to prove the point, a motion to strengthen EU hate crime legislation last year gained all-out British support.

This year, MEP candidates asking for votes are in turn being asked to oppose boycotts, oppose Iran and encourage Israeli-EU trade, as well as defend shechita, circumcision and the right to wear religious symbols and observe festivals.

And this pervasive idea of a threat – to Israel or traditions – is a common theme for organisations, too, with community grandees warning of future trouble.

“Although we are yet to see any legislative attack on brit milah in the European Parliament, it is vital that MEP’s understand the issues and advocate for religious freedom,” says Milah UK’s Simon Hochhauser. “The threat from politicians who are totally opposed to religious practice is a real danger to our way of life.”

Likewise, Henry Grunwald of Shechita UK reminds of us of the “impact that extremist parties working in tandem with the animal welfare lobby can have in Europe,” adding: “It is vital we do what we can to stop this from happening.”

Elsewhere, the Council of European Rabbis’ Pinchas Goldschmidt paints a picture of “tremendous growth in support for extreme right parties in Europe” alongside an understanding that voting for mainstream parties can dilute the far right.

But is all this fear and threat reason enough to vote? In past years, with similar concerns, only three in ten of us have thought so. Since the last election, a general feeling of malaise has been exploited by inward-looking nationalist groups such as the UK Independence Party (UKIP) and Marine Le Pen’s Front National in France.

But ironically, voter apathy – like so many things – may yet present an opportunity to the Jewish community.

“Low turnouts mean that even a small number of voters can have a large impact on the results and sideline parties that don’t respect our basic right to practice our religion,” observes one wily analyst.

And if we all get down to our local polling stations quick smart by 10pm this evening, before everyone else realises, it may just make the crucial difference.